The rising tide of euroskepticism has crossed the North Sea and made it to the shores of the Netherlands.

Following elections in March, the Dutch parliament will debate whether to end its relationship with the euro in what has been dubbed “Nexit”. 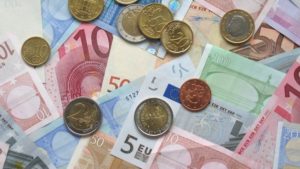 The Party of Freedom, led by Geert Wilders, favors ditching the euro. Wilders’ party is expected to make huge gains in next month’s elections, but is unlikely to win enough votes to form a government, Reuters reported on Feb. 24.

The most probable outcome of the March 15 vote, analysts say, is a new centrist coalition including some parties, such as the Christian Democrats, that have been vocal in their opposition to current European Central Bank (ECB) policy.

Following the election, parliament will examine whether it would be possible for the Dutch to withdraw from the single currency, and if so how, said lawmaker Pieter Omtzigt.

Lawmakers are concerned the ECB’s ultra-low interest rates are hurting Dutch savers, especially pensioners, and doubts as to whether its bond purchasing programs are legal, Omtzigt said.

Nexit comes on the heels of last year’s Brexit and ahead of elections in France and Germany in which populist parties are hoping to make huge gains.