As of March 19, New Zealand police reported that 37 guns had been surrendered. There are about 1.2 million firearms registered to civilians in New Zealand, according to the 2017 Small Arms Survey.

“To make our community safer, the time to act is now,” Ardern said. “I want to remind people, you can surrender your gun to the police at any time. In fact I have seen reports that people are in fact already doing this. I applaud that effort, and if you are thinking about surrendering your weapon, I would encourage you to do so.”

John Hart, a farmer and Green Party member from Wairarapa, tweeted that he surrendered his semiautomatic rifle two days after the attack: “Until today I was one of the New Zealanders who owned a semi-automatic rifle. On the farm they are a useful tool in some circumstances, but my convenience doesn’t outweigh the risk of misuse. We don’t need these in our country. We have make sure it’s #NeverAgain”

Trade Me, which says it is New Zealand’s largest and most popular auction and classifieds site, announced that it would not longer sell semiautomatic weapons on its platform following the shooting.

Hunting & Fishing New Zealand — a national chain of more than 30 stores selling hunting equipment — said it was removing all military-style assault weapons from its shelves.

“As far as we are concerned, they will never return,” the company said in a Facebook post, adding that it supported any government measure to permanently ban such weapons.

“While we have sold them in the past to a small number of customers, last week’s events have forced a reconsideration that has led us to believe such weapons of war have no place in our business — or our country,” the company said.

Ardern also said that her government intends to change gun laws, including a potential ban on the type of military-style semiautomatic weapons that were allegedly used by the suspect in the shootings.

“This is a well intended move that the government of New Zealand, without a constitutional right to bear arms, is within its legal right to enact for its citizens. But the efficacy of these measures is a truly different matter. The ban on owning semiautomatic firearms in New Zealand is unlikely to prevent violence or stop any mass shootings in that country. Moreover, this proposal would be absolutely impossible to implement in America,” Buck Sexton, a former CIA official and ex-analyst for the New York City Police Department, wrote for The Hill.

“History and statistics show that New Zealand does not have a significant gun violence problem, and despite the recent Christchurch tragedy, mass shootings are almost nonexistent in stretching back for decades,” Sexton wrote.

New Zealand had 48 homicides nationwide in 2017, the lowest murder rate in New Zealand in 40 years.

“The Christchurch murderer needed only a handful of weapons to kill 50 people,” Sexton noted. “Putting that aside, there will always be methods in free society to engage in mass casualty terrorism. Just think of the vehicle attacks and improvised explosive devices we have witnessed in recent years. There is no realistic scenario where all privately held firearms will be turned over to authorities. A single handgun or rifle can be used to kill dozens of people, and it is simply not feasible to prevent a determined shooter from buying such firearms on the black market or smuggling them into the country.”

Many proponents of the New Zealand firearms ban point to the 1996 gun buyback program in Australia as a model.

“The political circumstances were certainly very similar, as the Port Arthur massacre in Australia spurred a major overhaul of gun laws in that country,” Sexton wrote. “However, despite massive public support for action, including for a special tax to purchase back the weapons, estimates show that Australian authorities managed to remove only about a third of guns out of their circulation.”

Sexton added: “In fact, there are more privately held guns in Australia today than there were before the 1996 ban had gone into effect. Despite this surge in gun ownership, the overall gun violence rate has also steadily declined there, according to government data.”

Meanwhile, in response to the mosque shooting, New Zealand’s largest bookstore franchise said it has pulled Jordan Peterson’s “12 Rules for Life: An Antidote to Chaos” from its shelves. 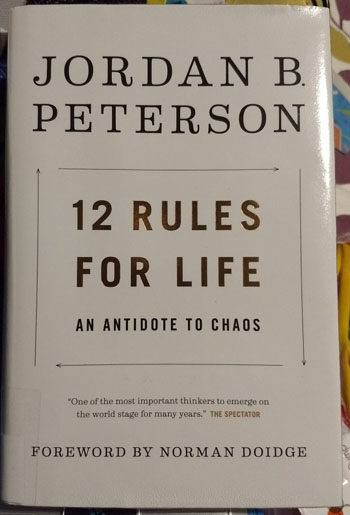 Peterson’s book, which contains a chapter addressing the particular strain of nihilism that gave rise to the Columbine and Sandy Hook school shootings, was removed after management learned of “extremely disturbing material being circulated prior, during and after the Christchurch attacks,” according to independent journalist Tim Pool’s correspondence with a Whitcoull’s spokesman.

“As a business which takes our responsibilities to our communities very seriously, we believe it would be wrong to support the author at this time,” the Whitcoull’s spokesman said.

The “disturbing” content described by the Whitcoulls spokesman likely refers to a photo of Peterson embracing a man wearing a “Proud Islamaphobe” t-shirt that circulated in the wake of the mosque shootings, the New Zealand outlet Newshub noted.

In “12 Rules for Life”, Peterson states: “Intolerance of others’ views (no matter how ignorant or incoherent they may be) is not simply wrong; in a world where there is no right or wrong, it is worse: it is a sign you are embarrassingly unsophisticated or, possibly, dangerous.”

David Seymour, who leads New Zealand’s conservative ACT party, told Newshub that banning the book will have the opposite of its intended effect.

“You don’t fight neo-Nazism by suppressing reading and books. Anyone who knows any history knows that’s the opposite of how you fight these kind of ideas,” said Seymour. “A self-help book is an incredibly strange thing to suppress. I think Whitcoulls have made the wrong decision, but I respect they’re a private company, it’s their right.”

While Peterson’s book has been banned, Whitcoulls continues to carry “Islam Unmasked”, a text that purports to reveal “the lies behind [Islamic] doctrines” and “the futility of [Islamic] practices.”