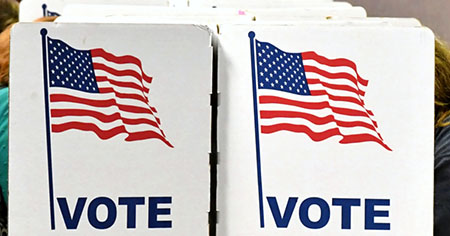 According to polling posted on Oct. 27, Republican Herschel Walker has opened a lead of 5 points on Democrat incumbent Sen. Raphael Warnock.

Meanwhile, GOP candidates in New Hampshire, Arizona, and Oregon have gained significant ground in their races against incumbent Democrats.

In New Hampshire, some polls are showing Republican Don Bolduc and incumbent Democrat Sen. Maggie Hassan in a virtual tie while others have Hassan with a slight lead.

In Arizona, Republican Blake Masters and incumbent Democrat Sen. Mark Kelly are in a dead heat in some polls while others show Kelly leading by a slim margin.

In Oregon, Republican Tiffany Smiley has pulled within striking distance against incumbent Democrat Sen. Patty Murray in a contest in which analysts say Democrats are now pouring funds into after long believing it was a safe seat.