The New Mexico Supreme Court on Wednesday ordered the Otero County Commission to certify the results of the 2022 primary election.

Before certifying the results, county commissioners had said they wanted the county to do a hand tally of each of the 7,371 ballots cast in the primary to ensure they match the number recorded in the Dominion Voting Systems machines. The commissioners asked the county attorney to request an order from a district judge to access the ballot boxes in order to do so. 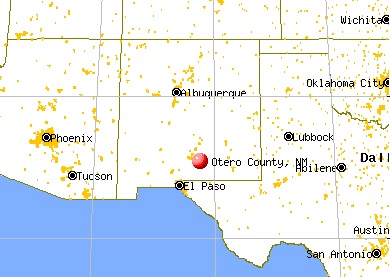 “I have huge concerns with these voting machines,” Otero County Commissioner Vickie Marquardt said Monday. “When I certify stuff that I don’t know is right, I feel like I’m being dishonest because in my heart I don’t know if it is right.”

But New Mexico Secretary of State Maggie Toulouse Oliver sued the commission, saying that hand counts are not allowed under state law and election code, unless there is a specific discrepancy found.

The Otero commission voted last week to recount primary ballots by hand, remove ballot drop boxes that allow voters to submit absentee ballots, and halt the use of Dominion machines in the November election.

“The bottom line is that the county commission doesn’t have any authority over the voting machines. We have a legal process that has been followed to the letter here in New Mexico,” Toulouse Oliver said in her suit filed with the state supreme court.

Election integrity analyst David Clements said in a recorded video that Toulouse Oliver’s lawsuit was essentially saying “the commissioners only have one power, and that’s to approve the results, no matter what their concerns are. It’s a gross misreading of the statutory authority of the Otero County Commission.”

Clements added: “The Secretary of State is effectively going to the Supreme Court demanding a writ of mandamus — basically saying, ‘Court, order them to certify the election even though the election is being held on uncertifiable, illegal voting systems,’ — which raises the question, why aren’t the county attorneys filing an emergency writ of mandamus with the Supreme Court demanding that the Secretary of State decertify use of the machines, consistent with the statute?”

In refusing to certify the June 7 primary results, the commission cited fraud related to Dominion machines as one of its reasons. The commission did not request to bring in members of the county canvass board to address specific concerns.

After the unsuccessful canvass, Democrat state Sen. Daniel Ivey-Soto sent a threatening email to county commissioners across the state demanding they certify the election. June 17 is the deadline to certify the results of the canvass, per state statute, which cites ten days following the election.

According to Clements, New Mexico’s Dominion machine software is out of compliance with state statute.

Clements wrote regarding Ivey-Soto on Telegram: “According to an Ethics Complaint, Dominion’s favorite NM legislator, Senator Daniel Ivey-Soto, is the Executive Director of Vandelay Solutions, which provides ‘professional services’ in the administration of elections. His company entered into two contracts with Dona Ana County, for ‘Consulting Services’ and ‘Technical Assistance’ between September 2019 and June 2021 for $37,500 and $45,000. How is this not a conflict of interest?”

Clements, one of the main organizers of an audit of Otero County’s 2020 election results which found problems with 40 percent of the votes in a canvass and a number of issues with the voting machines used to tabulate the vote, noted in a Telegram post:

“Just when I thought a few quiet days may be in order, Dominion’s hand picked politician, democrat Daniel Ivey-Soto, is making the rounds in a desperate attempt to convince county commissioners to not withhold certifications, despite the fact that our voting systems violate the law. His actions confirm what I’ve been saying: The power to certify post-election results exclusively rests with the county commissioners. Ivey-Soto has numerous conflicts of interest as Dominion’s ‘inside’ legislator.”