New Mexico and Delaware are the latest to join the pact which aims to pool states’ Electoral College votes and give them to the winner of the national popular vote. 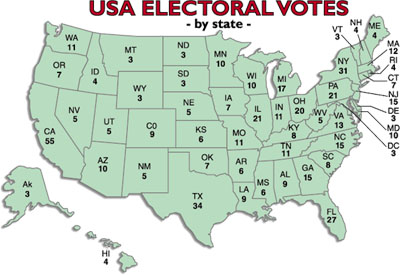 Legislation to join the NPVIC passed through both chambers of the New Mexico legislature with no Republican votes, according to the state’s website.

Gov. John Carney on March 28 signed legislation to include Delaware in the pact.

Both Grisham and Carney are Democrats.

The compact could become official when that number hits 270, or enough votes to elect the President of the United States.

The NPVIC does not abolish the Electoral College, which requires amending the Constitution. Rather, by binding electors to vote for candidates achieving a plurality outside their own state, it achieves the results of a popular vote.