In a new book, the brother of Jeffrey Epstein raises new doubts about the wealthy pedophile’s alleged jail cell suicide. 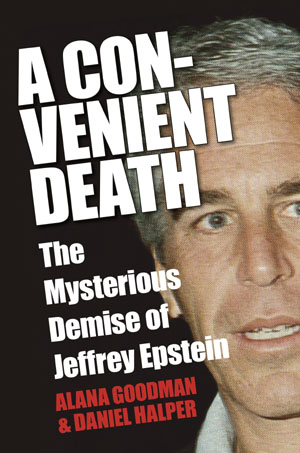 Mark Epstein told the authors of “A Convenient Death: The Mysterious Demise of Jeffrey Epstein”, that he has been refused information on the Aug. 19, 2019 death of his brother in Manhattan’s Metropolitan Correctional Center.

The book notes: “Mark Epstein, a Manhattan real estate investor, said in a phone call that so far the feds have refused to provide him with medical records and the names of first responders.”

“I don’t have a theory. I’m not speculating,” Mark Epstein told the authors. But he also raised several questions about the evidence in the case, including photos of Epstein’s bruised neck and cloth noose.

Mark Epstein said that the noose did not appear to have been cut down by jailer Michael Thomas, but “hemmed.”

He also noted that the death photos of his brother showed no blood on the noose and that the bruises were inconsistent with a hanging.

Dr. Michael Baden has said that he believed the bruise indicated a wire strangulation, not suicidal hanging.

Mark Epstein and the authors also cite the lack of a working camera in Jeffrey Epstein’s cell even though he was suspected to have been suicidal. They also cite the disappearance of other footage from the cellblock.

At the time, Jeffrey Epstein was in jail facing federal charges for the alleged sex trafficking of minors in Florida and New York. He has been linked to former President Bill Clinton and England’s Prince Andrew, among other celebrities.

The book also contains new information on Jeffrey Epstein’s relationship with Clinton. Halper has written extensively about Clinton and is the author of “Clinton Inc.”

Bedard noted that material from the book indicated it is a “never-before reported look at the Epstein-Clinton connection with new and damning information about the former president’s conduct and the juicy secrets the Clintons wanted Epstein to take to his grave.”

It added that the new information includes details on Jeffrey Epstein’s access to the Clinton White House and “what Clinton told Epstein about his affair with Monica Lewinsky.”