The Associated Press, in the 2017 edition of its Stylebook, instructs journalists to avoid using words such as “pro-life,” “refugee,” “Islamist,” and “terrorist.” 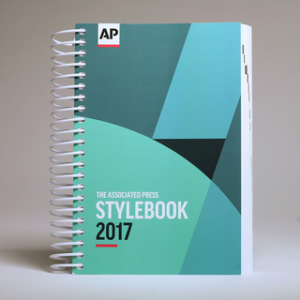 Rachel Alexander, an opinion contributor for The Hill, said on “Fox & Friends” on July 11 that the AP is attempting to sanitize conservative words and promote language that liberals tend to favor.

Alexander said the guide instructs writers to use “anti-abortion” instead of “pro-life,” “people struggling to enter Europe” instead of “migrant” or “refugee,” and “militant,” “lone wolf” or “attacker” instead of “terrorist” or “Islamist.”

She said if authors do not adhere to that style when they submit an article to a mainstream media outlet, they will likely see their words edited to conform.

“The mainstream media claims that it’s not biased, but it’s got this bias built into its own words,” Alexander said. “And we’re seeing these words increasingly scrubbed from news articles and replaced by politically correct words instead.”

“It’s a bias against conservatives, and it’s getting worse every year,” Alexander said.

Alexander noted that the Stylebook includes an entry on climate change that “includes an extensive discussion with seemingly authoritative evidence of manmade global warming.”