North Carolina Republicans have vowed to override Gov. Roy Cooper’s veto of a state voter ID bill before the current legislative sessions ends and they lose their super-majority.

A referendum calling for the state’s constitution to add an amendment requiring in-person voter photo ID was approved last month with 55 percent of the vote. 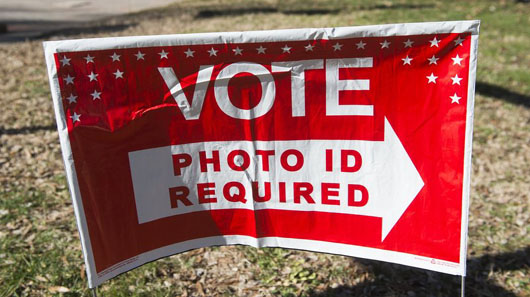 Cooper vetoed the legislation on Dec. 14.

Democrats say voter ID rules are necessary because of the referendum, but they say the details are being rushed, are complex and will prevent some minorities and poor people from voting.

“Requiring photo IDs for in-person voting is a solution in search of a problem,” Cooper said in a statement.

Republicans said the veto marks a rejection of the will of the state’s voters. But some conservative critics said the Republican bill was fatally flawed and would not secure the process against absentee ballot voter fraud.

“We are disappointed that Gov. Cooper chose to ignore the will of the people and reject a commonsense election integrity measure that is common in most states, but the North Carolina House will override his veto as soon as possible,” state House Speaker Tim Moore said in a statement.

Cooper’s veto came at the urging of groups such as the American Civil Liberties Union, Common Cause NC, Equality NC and the Washington-based Campus Vote Project of the Fair Elections Center, the News & Observer of Raleigh reported.

The governor suggested that the integrity of absentee ballots was a greater concern for the state.

“Instead, the real election problem is votes harvested illegally through absentee ballots, which this proposal fails to fix,” he said, referencing an investigation of alleged absentee ballot fraud in the state’s 9th Congressional District in November’s election.

One conservative election analyst, who asked not to be identified due to the charged political environment in North Carolina agreed but for different reasons.

Lawmakers “deleted the requirement for an absentee voter to provide either the ID number from their DMV-issued license / ID card – or – the last four of their SSN,” the source said. “These were weak safeguards since the fraudulent voter could already have that information, but they were the best we had against absentee ballot vote fraud. And now they’re gone. Thanks to the Republicans’ hasty appeasement strategy, committing absentee ballot fraud in North Carolina has never been easier.”

Republicans hold veto-proof majorities in both houses of the General Assembly. Votes to override the veto could occur next week, GOP lawmakers said.

In January, Republicans will no longer have super-majorities due to Democratic gains made in last month’s midterm elections.

“Despite the governor’s personal feelings on voter ID, the fact remains that the constitutional amendment passed with a broad mandate from North Carolinians,” GOP Senate leader Phil Berger said, calling Cooper’s arguments a “tired rehash of unconvincing talking points rejected by the voters.”

Under the legislation, the following IDs would be acceptable at the polls:

“The only Republican willing to admit the emperor was not wearing any clothes was Rep. Jonathan Jordan, a lame-duck representative who was single-handedly destroyed by the Appalachian State University election machine,” the source said.

“According to his campaign manager, the campus had 5,519 student voters with only 766 voting Republican. Jordan lost by 1,591 votes. With nothing else to lose, Jordan told the entire House body that, ‘Our citizens want photo voter ID, security for our electoral process. But this bill does not give it to them.’ He told the hushed audience that he would oppose the override vote.”