NASA scientist: Tiny aliens of the non-carbon-based kind may have already visited Earth

“The size of the ‘explorer’ might be that of an extremely tiny super-intelligent entity,” Professor Silvano P. Colombano of NASA’s Ames Research Center in California wrote in a recently published paper on SETI (search for extraterrestrial intelligence). 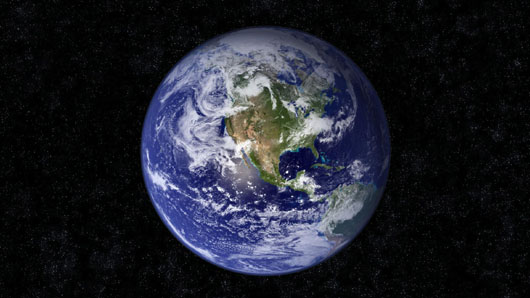 In his paper, titled New Assumptions to Guide SETI Research, Colombano suggested that alien lifeforms could look very different from how Earthlings expect and that we may not be able to comprehend their make-up or technology.

“I simply want to point out the fact that the intelligence we might find and that might choose to find us (if it hasn’t already) might not be at all produced by carbon based organisms like us,” said Colombano.

Colombano contends that scientists’ focus on modern human technology makes it difficult for us to imagine technology that could have been produced by aliens living on planets much older than Earth.

“We need to re-visit even our most cherished assumptions,” including that “interstellar travel is impossible or highly unlikely,” Colombano said.

“Considering further that technological development in our civilization started only about 10,000 years ago and has seen the rise of scientific methodologies only in the past 500 years, we can surmise that we might have a real problem in predicting technological evolution even for the next thousand years, let alone 6 million times that amount.”

He added: “Even if the speed of light continues to be an unbreakable barrier, over spans of thousands of years civilizations could probably make interstellar journeys.”

The professor said that recent discoveries of Earth-like planets by the Kepler space telescope should inspire NASA to “focus our attention on detecting signs of life and technology in specific planetary systems. I feel we need to become more flexible in our assumptions.”

Colombano added that “while it is still reasonable and conservative to assume that life is most likely to have originated in conditions similar to ours, the vast time differences in potential evolutions render the likelihood of ‘matching’ technologies very slim.”