Morocco has severed diplomatic relations with Iran over its ties to an Algerian rebel group that seeks independence for Western Sahara. 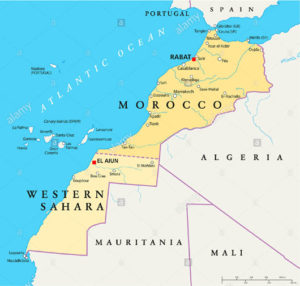 Morocco said the move was precipitated by Iran’s support for the Hizbullah terror organization, which Rabat claims has delivered weapons to the Polisario Front rebel group, AFP reported.

Moroccan Foreign Minister Nasser Bourita told reporters that “a first shipment of weapons was recently” sent to the Algerian-backed Polisario Front, which is seeking independence, via an “element” at the Iranian embassy in Algiers.

Iran’s Foreign Ministry responded with a statement saying “Remarks attributed to the foreign minister of Morocco about cooperation between an Iranian diplomat and the Polisario Front” in Western Sahara are “false.”

Hizbullah issued a statement denying that it armed the Polisario and accused Morocco of acting under “pressure” from the United States, Israel, and Saudi Arabia.

Western Sahara is considered an integral part of Morocco, which proposes autonomy for the territory, but the Polisario Front insists on a UN referendum on independence.

The UN Security Council on April 27 backed a U.S.-drafted resolution that urges Morocco and the Polisario Front to prepare for talks on settling the decades-old conflict. It also renewed for six months the mandate of a UN mission that has been monitoring the ceasefire in Western Sahara since 1991, AFP noted.

Western Sahara is a former Spanish colony that Morocco annexed in 1975.