The woke mob has convinced the University of Florida to give up a popular cheer, is demanding that the Texas Rangers baseball team change its name, and has determined exercise equipment in Oakland looks too much like a racist symbol and must be removed.

In Gainesville, the University of Florida has decided it will no longer have the band play “Gator Bait” during sporting events. The cheer includes fans putting their arms into a chomping motion while shouting the school’s slogan.

The cheer is being banned because of its alleged ties to racism.

“While I know of no evidence of racism associated with our ‘Gator Bait’ cheer at UF sporting events, there is horrific historic racist imagery associated with the phrase,” university president Kent Fuchs said. “Accordingly University Athletics and the Gator Band will discontinue the use of the cheer.”

The racism link was drawn from articles from the past, including a 1923 Time Magazine story which described how “colored babies were being used for alligator bait” in Chipley, Florida.

“The infants are allowed to play in the shallow water while expert riflemen watch from concealment nearby,” the article said. “When a saurian (alligator) approaches this prey, he is shot by the riflemen.” The Chipley Chamber of Commerce responded to the article by calling it a “silly lie, false and absurd.”

Former Gators safety Lawrence Wright, the person who popularized the cheer in the 1990s, and who happens to be black, said canceling the cheer was “not a good decision.”

“It had nothing to do with babies being fed to alligators. That’s somebody who didn’t go to the University of Florida. We wouldn’t do that,” Wright said. “When I said it, I didn’t call out for babies. I called out other schools that were Gator bait. We were specifically talking about them. Anything that’s not a Gator, is Gator bait. Doesn’t matter the sport. Even there’s a debate. If you ain’t on our debate team, you Gator bait.”

Wright told the Gainesville Sun: “I’m not going for it. I created something for us. It’s a college football thing. It’s not a racist thing, it’s about us, the Gator Nation. And I’m black.”

Meanwhile, Chicago Tribune columnist Steve Chapman on Thursday said the Texas Rangers should change their team name because of its ties to brutality and racism.

The Texas Rangers are named after the storied law enforcement agency in the Lone Star State. Anything that in any way paints police in a positive light is being targeted by the leftist mob. 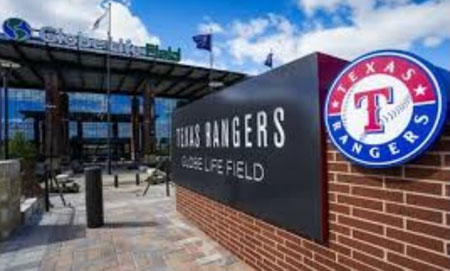 The Rangers took their name in 1972 when the Washington Senators moved from D.C. to Arlington, Texas.

Chapman wrote that the Rangers were “revered” in Texas but “the legends omit a lot of the reality.” Chapman cites the book “Cult of Glory: The Bold and Brutal History of the Texas Rangers” by Doug J. Swanson as the main reason for the baseball team to change the name.

“They burned peasant villages and slaughtered innocents,” Swanson wrote in the book. “They committed war crimes. Their murders of Mexicans and Mexican Americans made them as feared on the border as the Ku Klux Klan in the South.”

In light of all this, the name, like the Confederate names on Army bases, deserves to be relegated to the garbage dump of history. It’s an undeserved tribute that reflects a widespread ignorance, at best, of the Rangers’ malignant past.

It may be argued that the team name honors the current agency, not the worst elements of its history. But without the history and the legends, the franchise would not have adopted the name. No one would name a major league team “The Police” or “The Highway Patrol.”

The Rangers name is an affront to Hispanics, African Americans and anyone who favors racial equity. It should be an intolerable embarrassment to the owners and fans.

Some observers noted that worrying about a baseball team’s name in Texas seems pretty trivial coming from a columnist in Chicago, a city wracked by violence, including 18 murders in one 24 hour period earlier this month, the deadliest day in the city in 60 years. But, then again, the killing fields in Chicago don’t fit the Left’s narrative, so why not take a swing at the Texas Rangers.

In Oakland, Mayor Libby Schaaf said her administration would continue to investigate a series of exercise ropes put up in a city park as a hate crime.

The mayor said the investigation would proceed even though a black man said he used several ropes in trees in a park near Oakland’s Lake Merritt as exercise aids.

Victor Sengbe told KGO-TV that the ropes were part of a rigging that he and his friends used as part of a larger swing system. He also shared video of the swing in use.

Sengbe said the exercise equipment was mistakenly identified as “nooses” and the city launched a hate crime investigation and notified the FBI.

“Out of the dozen and hundreds and thousands of people that walked by, no one has thought that it looked anywhere close to a noose. Folks have used it for exercise. It was really a fun addition to the park that we tried to create,” Sengbe said.

“It’s unfortunate that a genuine gesture of just wanting to have a good time got misinterpreted into something so heinous,” he told KGO-TV.

Not good enough for Schaaf.

The oh-so-woke white mayor said: “Intentions do not matter. We will not tolerate symbols of hate in our city. The nooses found at Lake Merritt will be investigated as hate crimes.”

One Twitter user summed up Schaff’s decision: “I can’t even imagine the level of stupid you have to be not only to decide that neon-blue gymnastics equipment is a ‘noose,’ but to say that ‘intentions do not matter’ when investigating a ‘hate crime,’ where literally the SOLE thing at issue is a person’s intentions.”