Officials in Newton County, Missouri have passed an ordinance that criminalizes the enforcement of any federal law that infringes upon the county’s citizens’ right to keep and bear arms.

The ordinance grants the Newton County Sheriff “full authority to make an arrest of any and all federal agents that violate state laws and enforce regulations.” 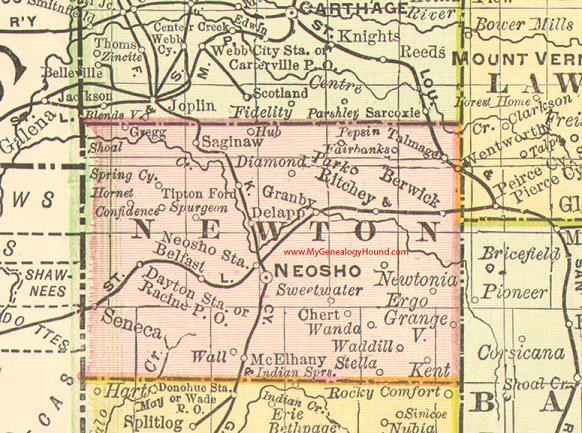 The ordinance was signed by commissioners Bill Reiboldt, Alan Cook, and David Osborn on Feb. 3 and is effective immediately.

The county’s Second Amendment Preservation Act cites the state’s own constitution for justifying the legislation.

“All federal acts, laws, orders, rules, and regulations passed by the federal government and specifically any Presidential Administration whether past, present, or future, which infringe on the people’s right to keep and bear arms as guaranteed by the Second Amendment of the United States Constitution and Article I, Section 23 of the Missouri Constitution shall be invalid in the county.”

The Missouri Constitution reads as follows:

That the right of every citizen to keep and bear arms, ammunition, and accessories typical to the normal function of such arms, in defense of his home, person, family and property, or when lawfully summoned in aid of the civil power, shall not be questioned. The rights guaranteed by this section shall be unalienable. Any restriction on these rights shall be subject to strict scrutiny and the state of Missouri shall be obligated to uphold these rights and shall under no circumstances decline to protect against their infringement.

The Second Amendment Sanctuary targets federal policies that order the tracking or registering of firearms of ammunition, an idea that Democrats have been floating recently, The Blaze reported. The ordinance protects all citizens except for “suspected criminals” from gun confiscation.

Writing for The Blaze on Feb. 8, Daniel Horowitz noted: “It is to be hoped that this will spawn a debate in the country over what citizens should do when the higher levels of government violate the very essence of the social compact by wielding one executive power after another to confiscate the most foundational of natural rights, including self-defense, free speech, property rights, and the right to breathe free air unrestrained, which absolutely is a natural right that predated any government.”

Second Amendment proponents are calling on Joe Biden’s team to respect the 105 million law-abiding gun owners and focus instead on illegal use of firearms.

“While we can agree that there are several ‘common sense’ and long overdue changes needed to our nation’s gun laws, we firmly believe that the path forward should be focused on supporting and protecting responsible, law-abiding Americans — not criminalizing and punishing them,” said a letter to Biden from the U.S. Concealed Carry Association (USCCA).

The group, which has 550,000 members, slammed Biden’s call for more gun control, including universal background checks and taxing firearms.

USCCA President Tim Schmidt argued that the way to stop criminals is for people to be armed and trained to use defensive weapons. His petition seeking national conceal carry reciprocity has 100,000 signatures.

“The U.S. Concealed Carry Association exists to help responsible Americans avoid danger, save lives and keep their families safe, and we believe that our elected leaders in Washington have an incredible obligation to pursue these same goals,” wrote Schmidt.

“National concealed carry reciprocity — not higher taxes or more stringent regulations on already responsible gun owners, and certainly not removing the means by which those responsible gun owners can defend themselves and their loved ones — is a truly ‘common sense’ reform that will help more Americans keep their families safe,” he said.