Midterm analysis: ‘Expect the steal … and be ready’

What happens in Tuesday’s midterms “will be the trial run for what happens in 2024,” the media outlet Revolver said in a Nov. 7 analysis.

“Stop the Steal” will not be the watchword for Tuesday night, the analysis noted, adding: “It is ‘Expect the Steal… And Be Ready.’ ” 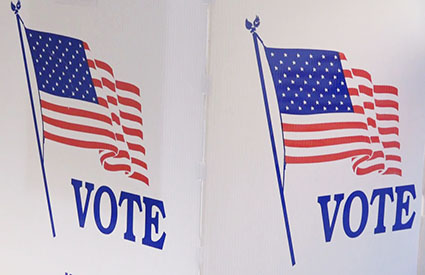 Here’s what to watch for as Tuesday unfolds, the analysis said:

“Consider Pennsylvania, with its crucial Senate contest between Mehmet Oz and The Creature Who Answers to the Name John Fetterman. Two years ago, Pennsylvania’s election process probably featured more red flags than any other closely contested state. The state took a whole week to count its votes, with Biden only overtaking Trump’s large election-night lead on Friday morning. Pennsylvania let votes count even if they arrived after Election Day, even if they had no postmark, and even if they didn’t have a matching signature. Twenty Pennsylvania counties used millions of dollars donated by Mark Zuckerberg to finance their election activities, including the famous unsupervised ‘Zuckerboxes,’ which made it virtually impossible to enforce the state’s relatively strict limits on ballot harvesting. When Trump supporters tried to independently monitor drop boxes, state attorney general Josh Shapiro (now running for governor) threatened them with prosecution.”

The Republican-led legislature passed bills to ensure signature verification and photo ID, and to ensure proper poll-watching, “but Democratic governor Tom Wolf vetoed those bills. So in Pennsylvania this cycle, things are substantially like they were two years ago,” the analysis said. “And, yep, the state is even warning that it’s going to take a long time to count ballots again. So, unless Mehmet Oz absolutely buries Fetterman, how much confidence should we have in a perfectly aboveboard election in the Keystone State?”

Republican-controlled state governments “reacted to the questionable events of 2020 by wising up,” the analysis noted.

Georgia passed a law restricting the use of ballot drop-off boxes, banned sending absentee ballots in the mail to all voters, and required the use of ID for absentee voting as well as in-person.

“So that’s good news. Kari Lake, Blake Masters, and Herschel Walker all have a great chance to win genuinely fair elections. But most of the states with questionable election nights in 2020 were not in GOP hands over the past two years,” the analysis said.

But Democrats have spent months setting their “preferred narrative for how election night will unfold,” the analysis continued. “Just like in 2020, it is propagandizing the public about how ‘perfectly normal’ it is to take ages to count votes. Forget everything intuitive about how an election should go, and be prepared for counting to take days, maybe weeks.”

The set-up includes White House Press Secretary Karine Jean-Pierre’s comment on Nov. 2 that Joe Biden “is making this speech because we’re seeing an alarming number of Republican officials who are saying—they’re being very clear—they’re not going to accept the results of these elections.”

“First, whatever the polls say, and however great the results first look on Election Night, be ready for the steal. Recent polling has indicated major GOP momentum in places the party hasn’t won victories in years. According to polls, Lee Zeldin has nearly pulled even in New York, and one poll even puts him ahead of the unelected witch currently occupying the governor’s mansion. The races for senate seats in Washington and Colorado, and governor’s seats in Oregon and Michigan, have all very abruptly tightened.

“That’s great. But none of these races is going to be a bloodbath, and that means every marginal advantage Democrats can eke out has the potential to be decisive.

“… be most ready for shenanigans with the mail-in vote. To the extent any fraud occurred in 2020, it probably wasn’t from hacked voting machines or anything that spectacular. The simplest method of fraud was more hands-off: the practice of sending out million of absentee ballots with no ID required and ample allowance for ballot harvesting. If fraud occurred, it was decentralized and hard to prevent, and as a bonus it led to an elongated counting process which just made it that much easier for anything untoward to sneak through.

“It’s not Covid season anymore (for now), so there will be fewer overall mail-in votes this year. But Nevada is going all-mail for the first time this year, with all the potential trouble that entails. Washington, Oregon, and Colorado are all-mail too, making races in those states at a high risk of being stolen.”

What can Americans do about it?

“At this point, for most vulnerabilities, not much,” the analysis said. “But we can still be vigilant. If the local GOP is still looking for people to monitor polling places or even more importantly the counting process, volunteer to help. The more eyes on the process, and the more evidence collected, the better the odds of detecting and stopping chicanery.”