Memos from Steele dossier made their way ‘directly’ to Obama

A new book by the founders of Fusion GPS reveals that then-President Barack Obama received the memos that made up the unverified anti-Trump dossier. 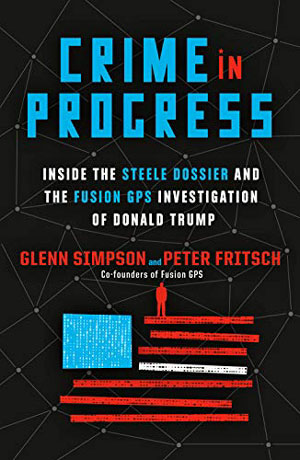 The Hoover Institution’s Paul Sperry tweeted: “BREAKING: In new book “Crime in Progress,” set for release next month, #Spygate archvillain Glenn Simpson reveals that he was first hired to investigate Trump in “the fall of 2015” and that memos from his now-discredited Steele dossier made their way directly “to President Obama”.

Simpson and Peter Fritsch are the founders of Fusion GPS, the political opposition research firm that oversaw the compilation of the dossier by ex-British spy Christopher Steele. The dossier contained numerous allegations that the Trump campaign was aided by Russian government operatives. None of the allegations have been proven.

Hillary Clinton and the Democratic National Committee during the 2016 presidential election hid their payments to Fusion GPS and Steele through their law firm Perkins Coie.

Perkins Coie paid Fusion GPS who then paid Steele to compile the dossier.

Though the FBI knew the dossier was unverified, the bureau nonetheless used it has key evidence in its counterintelligence investigation into the campaign and in obtaining FISA warrants to spy on Trump campaign associates.

Publishing giant Random House announced that the book, titled Crime in Progress: Inside the Steele Dossier and the Fusion GPS Investigation of Donald Trump, will be released on Nov. 26.