Populists have been invited, if not necessarily welcomed, by the global power elites convening at the World Economic Forum in the Swiss Alps.

U.S. President Donald Trump, who received a solid reception when he arrived in Davos in 2018, had planned to attend this year before the government shutdown intervened. 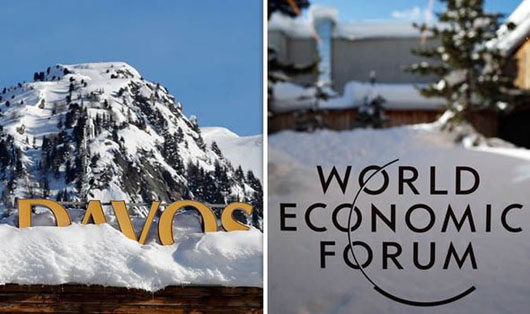 A record 300 government ministers and nearly 60 heads of state or government including German Chancellor Angela Merkel and Prime Minister Shinzo Abe of Japan will attend the forum, which begins on Jan. 22 and concludes on Jan. 25.

The Associated Press notes in a Jan. 21 report that “A year after getting a standing ovation from the elites at Davos, French President Emmanuel Macron is sinking in the polls as he contends with ‘yellow vest’ protesters who have taken to the streets to call for higher wages and fairer pensions. Nationalist political movements are gaining strength across Europe.”

Meanwhile, analysts are downgrading their forecasts for global economic growth this year amid rising interest rates and tensions over trade.

“Judging by the state of the world right now 10 years on from the financial crisis, and the dysfunctional state of global politics I would suggest that these annual events have achieved the sum total of diddly squat,” said Michael Hewson, chief market analyst at CMC Markets UK.

The Davos confab, the AP report noted “has always been vulnerable to snark: hedge fund billionaires flying into Davos in fuel-guzzling private jets to discuss the threat of climate change; millionaire CEOs discussing inequality while downing cocktails; endless conversations between people who describe themselves as ‘thought leaders.’ ”

Klaus Schwab, founder and executive chairman of the World Economic Forum, has stressed the need for more global, “forward-looking” cooperation and a “human-centered” approach to technology, saying populism is feeding on fears of a possible economic downturn in many parts of the globe.

Globalization produced millions of “winners” over the years, but also “has left certain people behind,” Schwab said. “In the age of social media, you cannot afford any more to leave anyone behind.”

For the past 25 years, the worldview symbolized by the World Economic Forum of ever-freer world trade and closer ties between countries had dominated, the AP report noted. Then came a backlash from Americans and Europeans whose jobs were threatened by low-wage competition from countries like China and who felt alienated at home by wealth inequality and immigration.

“The winners from globalization have had the megaphone,” said Paul Sheard, a senior fellow at the Mossavar-Rahmani Center for Business and Government at Harvard University’s Kennedy School. “The losers have been somewhat silent, but now are starting to express themselves through the ballot box and through the political process.”