The stay-at-home order issued on March 20 by Illinois Gov. J.B. Pritzker includes a ban on parties of more than ten people. 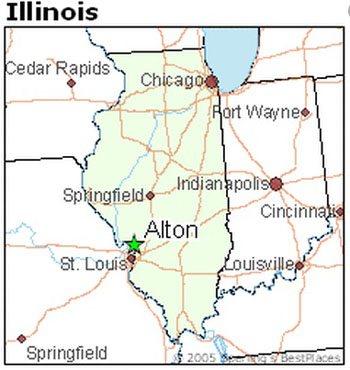 The mayor of Alton, Brant Walker, ordered police to crack down on violators of the governor’s order.

When Walker sent police to break up one of the banned parties at a local bar, they found his wife was partaking in the festivities.

Under Pritzker’s order, all nonessential businesses were to cease operation and residents must remain at home unless they have to leave for essential needs such as grocery shopping, seeking medical care, or going to the pharmacy.

There is also a provision in the order that limits gatherings to ten people at a time.

Walker said in a briefing on Friday: “These are very serious times and I’m begging you to please stay at home … I have directed the police department to use their discretion in issuing citations or making arrests for those refusing to follow the state-issued stay-at-home mandate.”

Less than 48 hours later, police found Walker’s wife Shannon at Hiram’s Tavern in downtown Alston when they broke up an illicit gathering in the watering hole around 1 a.m. Sunday, the mayor said in a statement.

Walker told the police to dole out the same punishment to his wife that they would to anyone else attending the party.

“My wife is an adult capable of making her own decisions, and in this instance, she exhibited a stunning lack of judgment … I am embarrassed by this incident and apologize to the citizens of Alton for any embarrassment this incident may cause our City,” Walker said in a statement.

Criminal complaints for reckless conduct were issued “against every person found gathering at the bar,” police said. Each will be summoned to court with a Class A misdemeanor charge carrying up to 364 days in jail and a fine of $2,500.

Alton, Brant Walker, Gov. J.B. Pritzker, Mayor sends cops to break up banned party … which his wife was at, WorldTribune.com