An old adage holds bureaucracies may successfully pursue their original goals for only a generation. After that their efforts go to feathering their bureaucratic nest.

Another example might well be The World Bank [International Bank for Reconstruction and Development (IBRD)], one of two post-World War II institutions for restructuring the world economy. John Maynard Milord Keynes, the author of the Bretton Woods accords setting them up, said the clerks got it wrong: The bank should have been called a fund and the fund should have been called a bank. 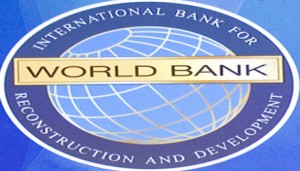 Created to rebuild Western Europe, the Bank soon was eclipsed by the Marshall Plan and its appendages as West European capital markets recovered. Looking for new fields to conquer, it turned to what then were unambiguously called undeveloped countries, entering its golden age under Eugene Black [1949–1963], a former Wall Street bond salesman. Black’s aw-shucks hillbilly act masked a wily Washington politician — although a one longtime Bank insider quipped, “Gene Black was a figure of Nat McKitterick’s imagination”, a reference to Black’s anonymous ideas man.

But it was under Robert McNamara’s leadership [1968–1981] the Bank went cosmic. [Mckitterick: “Cosmic lovers are people who cannot relate to human beings, so they fall in love with the cosmos.”]

McNamara called in the management experts at McKinsey & Co. for the usual bloviated rationale for the client’s preconceived strategy, in this case a vast expansion. He proceeded to ignore charter requirements for specific projects, funded social welfare schemes — and muscled in on the IMF with balance of payments loans. In his search, apparently, for expiation of his perceived Vietnam War sins as U.S. Secretary of Defense, McNamara played down capitalist enterprise. He hid the Bank’s International Finance Corporation [IFC], its “free enterprise window” designed to guarantee foreign capital partnering with locals to encourage private sector growth. His lieutenants even had a hard time getting him to be seen on Wall Street selling the Bank’s highly rated bonds [not a big deal since they were backed, after all, by governments’ sovereign credit].

But, increasingly, through the decades in a new world of enormous multinational corporations, vast liquidity and increasingly sophisticated finance [albeit with algorithms sometimes gone awry], the Bank has become superfluous. Its subsidized lending would be better left to markets discipline. Its vaunted research is too often suspect, outdistanced by more hard-nosed entrepreneurial analysis.

Now a minor crisis has arisen: the Europeans’ prerogative to pick the Fund director while Americans chose the Bank president is questioned by Beijing occasioned by the unanticipated refusal of Robert Zoellick to seek a second term.

A bureaucrat meandering the Washington circuit including Fannie Mae, Zoellick replaced his predecessor ousted in a sex scandal and has undistinguished himself by having the shortest fuse since former Sec. of Treasury William Simon left town — and sanctioning the Bank’s massive China funding.

One sign of the troubled situation has been the International Finance Corp.’s attempt to partner with corrupt Vietnamese government entities run by the Communist Party.

Ironically, Zoellick’s parting shot, a long-winded China study, a collaboration with a Beijing Communist Party/government think tank, calls for massive restructuring as China inevitably stumbles off high growth rates. But chances Beijing’s new team scheduled to take office this fall moving away from state capitalism are virtually nil — unless a daunting charismatic figure somehow surfaces from among the faceless Partycrats.

An incoming Republican administration, if and when, should fold up the whole caboodle as part of its Washington cleanup. But given the size of the awaiting Washington quagmire, it seems an unlikely priority. That means choosing a new World Bank president — Hillary Clinton is rumored hovering offstage — will become just one more bone of contention between Washington and Beijing.