Limbaugh: There won’t be a crisis when a Democrat is in power

There is not yet any evidence that the push back against the coronavirus panic is working, Rush Limbaugh said. And, it’s a panic that, with a compliant media, would not likely be happening with a Democrat in power, the radio host added. 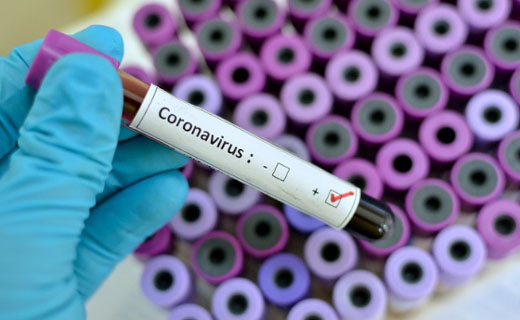 “Every day we go against the grain. Every day we dispute the conventional wisdom and what everybody else is conforming to or with in the media,” Limbaugh said.

Limbaugh continued: “We don’t have any evidence yet that reason is triumphing here, and nobody wants to be part of a panic. Nobody. That’s, to me, really the bottom line to all this: Nobody wants any of this to be happening, and yet look at all the people reveling in it.

“But I want you to stop and think of the precedent here. I think there’s a lot of virtue signaling going on. So the NBA announces that, ‘We are going to postpone our season.’ The NHL says, ‘Well, we can’t be outdone. We’re gonna cancel our season.’ ”

All of this is happening, Limbaugh said, “not because of the substance of it but because they can’t be shown to be less sensitive. But now we’ve got all these cancellations. You know what’s gonna happen when a normal flu or cold season hits. ‘Well, when we had the coronavirus, we stopped Major League Baseball. Are we just gonna keep going because we gotta shut –’ ”

“Once you shut things down, once you make a move, once you set a precedent, then how do you ignore the next so-called crisis? Well, there won’t be any crisis when there’s a Democrat in the White House or a Democrat running, there will not be a crisis, a health crisis. Not possible when the Democrats are in power. That’s the way it’ll work,” Limbaugh said.

The coronavirus panic “is going to end. But I’m gonna tell you, folks, there’s some people that don’t want it to end, and they don’t want it to end soon, and they’re even saying so,” Limbaugh said. “You have to know how to listen. For example, you just heard Governor Cuomo. ‘The coronavirus will not be over any time soon.’ They’re gonna be experiencing the reporting of new cases each and every day.”

Limbaugh continued: “What message does that send? People are looking forward to it. I don’t mean to be accusing Governor Cuomo, but I’m just telling you, there are people that are reveling in this. And some of them not for political reasons. Journalists just love to be in the middle of this ’cause they think it’s massive ratings, massive people tuning in, and that’s one of the reasons they do it.”

coronavirus, Limbaugh: There won’t be a crisis when a Democrat is in power, panic, Rush Limbaugh, WorldTribune.com