Letter to the editor nails 2020: ‘CCP started and won this war’

The Chinese Communist Party (CCP), with the assistance of Big Tech and Big Media, has won the war it started in early 2020 with the onset of the coronavirus pandemic, a Reston, Virginia resident noted in a letter to the editor to The Washington Times. 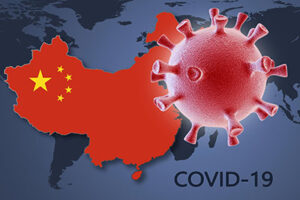 It should be obvious at this point that we just experienced World War III, and 85% of the world (especially the U.S.) has lost and apparently will continue to lose. The generals are all developing new high-tech widgets to fight the last conventional war. You could not have wrought this amount of destruction with a conventional war. In fact, you might have experienced less damage with a couple of well-placed nukes.

The Chinese Communist Party won. To think they did not have the same infection level as the U.S. is beyond idiotic. Lockdowns had no effect on infection rates, and every study has indicated as much. The CCP simply has the population to tolerate the virus’ mortality rates. It is a proverbial drop in the population bucket.

It was an evil stroke of brilliance to get the World Health Organization to drop its 2019 guidelines, which were based on sound scientific data spanning a century, and follow the propaganda put out by the CCP. The CCP even spread propaganda criticizing the governments that did the right thing, Sweden among them.

The tech oligarchs are of course complicit because you cannot do this without information control. So are most of the world’s media empires, which in many cases have financial ties to the CCP. The whole globalism idea is now just a new form of high-tech, digital colonialism with the CCP in the driver’s seat. China has the most people and they do not have to build expensive military hardware. Why waste time with military expenditures when you can control the rest of the world so easily with such little effort?