Legislation set to make California the capital of abortion tourism

California lawmakers have introduced legislation in which taxpayer funds would be used to help out-of-state residents obtain abortions in the Golden State. 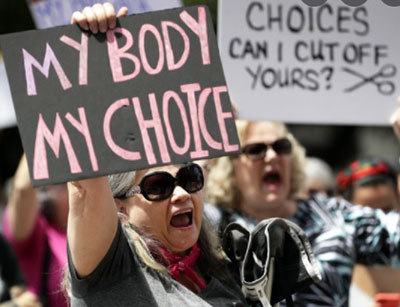 On Thursday, state Sens. Nancy Skinner and Anna Caballero introduced Senate Bill 1142, which would establish a fund (composed of state and private money) which would provide grant money to nonprofits that assist low-income pregnant women with access to abortion services, including women from other states, PJ Media reported.

“The U.S. Supreme Court’s conservative majority seems poised to do the unthinkable. If the court overturns 50 years of settled law and takes away a woman’s constitutional right to an abortion, California will not stand idly by,” Skinner said in a statement. “With SB 1142, California sends a clear message to the rest of the nation: We are fully committed to ensuring that California women and those who may seek refuge here have access to all reproductive services, including abortion.”

“In other words, California is looking to boost its abortion tourism, because, well, it’s California, and you’d expect nothing less of the far-left state,” Matt Margolis wrote for PJ Media.

“Make no mistake about it. This bill, if passed, would essentially establish California as an abortion tourism state. And, let’s be honest, there’s no reason to believe that this bill won’t be passed and signed into law. This is California, and they’ve passed quite a few laws in recent years that normal people consider to be insane,” Margolis added.

In September 2021, Gov. Gavin Newsom declared California to be a “reproductive freedom state,” which he viewed to be in direct contrast to the state of Texas’s work to limit access to abortion.

Recently passed laws signed by Newsom made it a crime to film people within 100 feet of an abortion clinic for the purpose of intimidation and make it easier for young women who are on their parents’ insurance plans to keep sensitive medical information, like whether they received an abortion, private.

In Florida, meanwhile Gov. Ron DeSantis is preparing to sign a 15-week abortion ban into law.

Legislation set to make California the capital of abortion tourism added by Editor Two on March 22, 2022
View all posts by Editor Two →