A Maryland resident from Bangladesh was indicted by a federal grand jury on Aug. 8 on charges of attempted murder of a U.S. military member and attempting to provide material support to Islamic State (ISIS).

Court records show that Nelash Das, 25, of Landover Hills, was arrested by federal agents in September of 2016 as he was plotting to attack a U.S. military service member. Das was accompanied by a person who was a paid FBI informant. 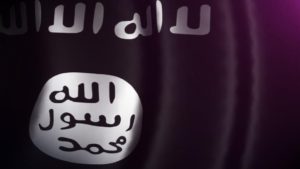 Das told the informant that he was committed to attacking a military service member, adding, “That’s my goal in life,” according to an October 2016 affidavit.

Das was also indicted for attempting to provide support to ISIS from October 2015 to September 2016, the Justice Department said in a statement quoted by Reuters.

“Nelash Mohamed Das is alleged to have plotted to kill a U.S. service member on behalf of ISIS,” said John Carlin, the assistant attorney general for national security. “Individuals intent on carrying out violence in the name of foreign terrorist organizations pose one of the most concerning threats that law enforcement faces today, and stopping these offenders before they are able to act is our highest priority.”

Das, who came to the United States in 1995 and is a legal permanent resident, used social media last year to express his support for ISIS, prosecutors said, “including support for terrorist attacks in Paris, France, and San Bernardino, California.”

U.S. prosecutors have charged more than 100 individuals with ISIS-related crimes since 2013.

Last month, an active duty soldier in the U.S. Army was arrested in Hawaii for allegedly providing material support to ISIS.

In February, a Florida man was convicted of plotting to set off a bomb at a public beach in an act that prosecutors said was inspired by ISIS. The man, 25-year-old Harlem Suarez, was found guilty of attempting to use a weapon of mass destruction and providing material support to terrorists. He faces up to life in prison at his sentencing.

Last October, a former California college student was sentenced to 30 years in prison for trying to aid ISIS.