Leftists roll out their concepts for a redesigned American Flag

The leftist mob that is intent on totally transforming what it contends is an “inherently racist” society is also taking aim at the flag that represents that society.

Here’s how the Left sees the future American flag: 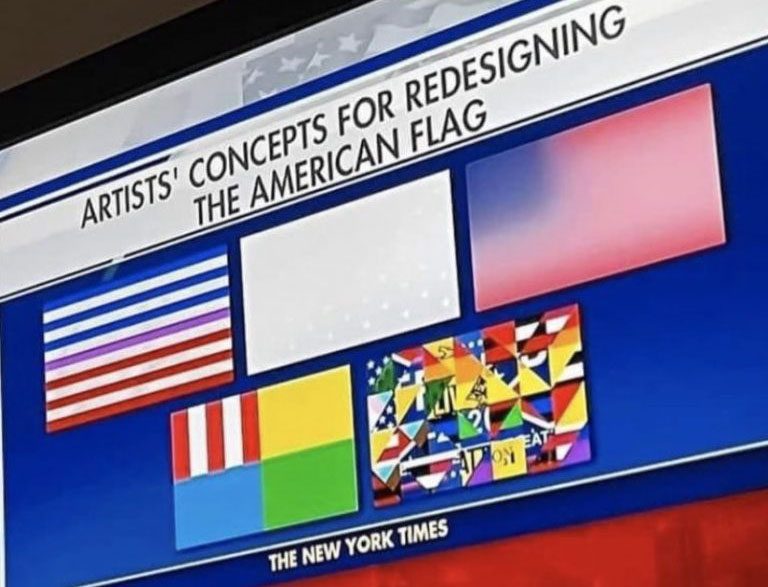 The Left’s re-design ideas can be seen in this clip:

Leftists roll out their concepts for a redesigned American Flag added by Editor Two on October 8, 2021
View all posts by Editor Two →