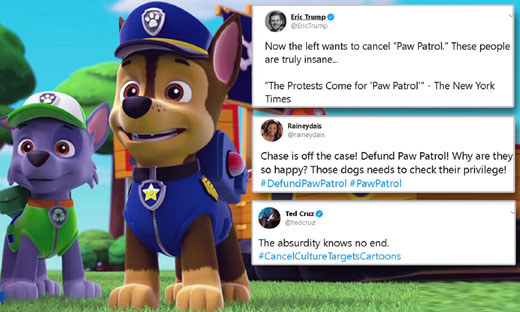 The mob has deemed any shows which portray the police in a positive light “copaganda.”

New York Times writer Amanda Hess penned a piece on Wednesday titled, “The Protests Come for ‘Paw Patrol”, writing: “It was only a matter of time before the protests came for ‘Paw Patrol.’ In the world of ‘Paw Patrol,’ Chase is drawn to be a very good boy who barks stuff like ‘Chase is on the case!’ and ‘All in a police pup’s day!’ as he rescues kittens in his tricked-out S.U.V.”

The Paw Patrol show went so far as to express solidarity with the Black Lives Matter movement, tweeting for “Black voices to be heard.”

Not good enough for the mob.

“Euthanize the police dog,” one Twitter user said. Others wrote “Defund the paw patrol” and “All dogs go to heaven, except the class traitors in the Paw Patrol.”

“How much will Paw Patrol be donating to bail funds?” another user asked.

The targeting of Paw Patrol comes as Paramount Network canceled the long-running reality TV series “Cops” and A&E Network decided to “cease production” on “Live P.D.,” according to Variety.

Next on the mob’s agenda, Cracker Barrel restaurants. 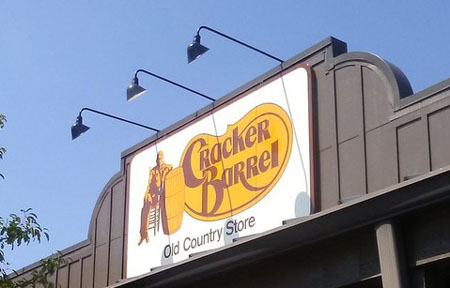 It took just one post for Cracker Barrel to begin trending on Twitter: “Y’all ever walk in a place that just FEELS racist?” one user tweeted, before sharing a story of alleged discrimination at a “Southern-charm” store.

“Yesterday, I went into this Southern-charm type store on a whim and ended up finding a mattress I really liked. After doing my research, I went back to buy it today. When I got to the counter, the cashier asked me if I was aware it was several hundred dollars… as if I would’ve come to checkout without knowing the price of the mattress”.

The target Cracker Barrel movement took off from there.

“Open the door to a Cracker Barrel and you get a whiff of Jim Crow. And biscuits,” activist April Reign wrote.

“I ate a Cracker Barrel once in my life, felt like a slave auction was about to happen,” one user tweeted.

“Cracker Barrel gives me a vibe like they gonna come to my table and ask me to wash dishes for my freedom,” added another.

“The one time I went to Cracker Barrel. Even the syrup taste racist I’m never going back,” added another.

I don’t know how decent food at reasonable prices, old time soda, country themed accent pieces, and cute baby clothes (seriously, if I had a baby girl there’s some adorable stuff) became offensive. I think I know though.

These people are hipsters. Cracker Barrel doesn’t serve food with weird names or disgusting craft beer (read: *all* craft beer) (read: all beer). They don’t play songs performed by dudes who whine in flannel shirts and look like they’re trying to women with those gross buns. It’s not a place that validates their vapid, pointless existence, so they hate it.

It’s just a nice place to eat and go home and maybe buy a rocking chair.

God bless you, Cracker Barrel’s meatloaf dinner with corn, country green beans, fried apples, and cornbread muffins. God bless you, Farmer John Breakfast platter with cornbread and grits. May you defeat these hipsters and live in glory just off our interstate exits forever.

Next, the mob is coming for Splash Mountain. 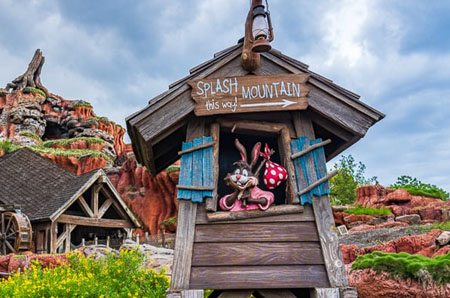 One of Disney’s most beloved rides at Walt Disney World in Florida, Tokyo Disneyland, and at Disneyland in California, the ride is being slammed by social media users and Change.org supporters who say its racial overtones need to be “re-themed.”

The ride is based on the 1946 Disney film “Song of the South”, featuring characters such as Brer Rabbit, Brer Bear, and Brer Fox, best known for their appearance in the song “Zip-a-dee-doo-dah”.

Splash Mountain and Song of the South were trending on social media on Wednesday.

“While the ride is considered a beloved classic, it’s history and storyline are steeped in extremely problematic and stereotypical racist tropes from the 1946 film Song of the South,” states a Change.org petition.

The petition, which had more than 1,500 signatures as of Wednesday afternoon, calls for the ride to be transformed into a theme based off the 2009 movie the Princess and the Frog, the first Disney film to introduce a black princess.

Former Disney Executive Chairman Bob Iger previously said Song of the South would not be featured on Disney’s streaming service Disney+, even with an “outdated cultural depictions disclaimer,” according to Deadline.

Iger added the movie is “not appropriate in today’s world.”