Leftist mob ensures 30-year run of ‘Cops’ is over; ‘Gone With the Wind’ blacklisted by HBO

Every record has been destroyed or falsified, every book rewritten, every picture has been repainted, every statue and street building has been renamed, every date has been altered. And the process is continuing day by day and minute by minute. History has stopped. Nothing exists except an endless present in which the Party is always right. — George Orwell in “1984”

American culture has become engulfed in the coordinated path of destruction by the leftist mob.

The mob makes no distinction between a popular reality TV show and a cherished classic fictional motion picture. 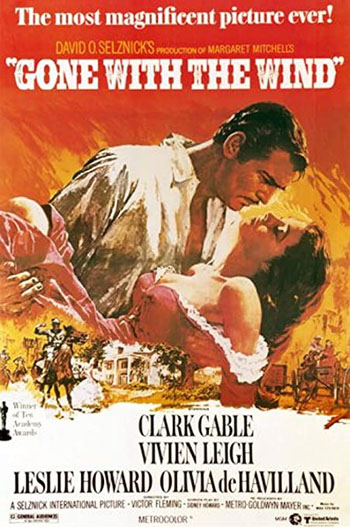 The Paramount Network announced it will not bring “Cops” back, ending a 30-plus year run for one of the top rated reality shows in television history.

Meanwhile, HBO announced on Tuesday it was blacklisting Gone With the Wind from its streaming platform.

“Buy hard copies of the art you love — books, movies, TV, music — because it is all about to quietly and not-so-quietly disappear,” Breitbart’s John Nolte advised in a June 10 op-ed. “Purchasing a digital copy is not enough. Fascists like Amazon will either delete entirely or desecrate your digital copies with censorship.”

“Cops is not on the Paramount Network and we don’t have any current or future plans for it to return,” a network spokesperson told multiple outlets on Tuesday.

The ViacomCBS-owned cable channel has publicly supported the Black Lives Matter movement, saying in a recent tweet that “these racist and brutal attacks must end.”

Cops, which first aired in 1989 on Fox, became a massive hit. It ran for 25 seasons before the network canceled it in 2013. Spike TV, which is now the Paramount Network, revived the show for an additional seven seasons, while old episodes continued to run on WGN America and the Paramount-owned PlutoTV streaming service.

A&E has put its Live PD documentary series on indefinite hold. Sony’s L.A.’s Finest was scheduled to debut on Spectrum, but has been postponed until later this year, according to Deadline.

Law & Order: SVU showrunner Warren Leight told The Hollywood Reporter that he agrees that cops are portrayed “too positively” on screen. “Collectively? Yes. Individually am I miscontributing to society? I don’t know. Collectively, are we? Yeah,” he said.

Meanwhile, an HBO Max spokesman said Tuesday that Gone With the Wind was pulled because of depictions of “ethnic and racial prejudices” that were “counter to WarnerMedia’s values.”

The 1939 film, the most financially successful in history, won 10 Oscars, including Best Picture and Best Supporting Actress for Hattie McDaniel. McDaniel was the first black actor to win an Oscar.

Following HBO’s decision to pull the film, it was the number one bestselling movie on Amazon early Wednesday morning, even though both DVDs and Blu-ray discs were sold out.

Breitbart’s Nolte noted: “The Woke Taliban are literally toppling statues, literally rewriting history, literally creating their own caliphate, literally renaming streets, literally forcing people to their knees, so of course the destruction and desecration of art is part and parcel.”