The claim by The Associated Press that it delivers “unbiased news” has invited scrutiny with the announcement that it will get a funding infusion from The GroundTruth Project which plans to place “journalists” in American newsrooms. 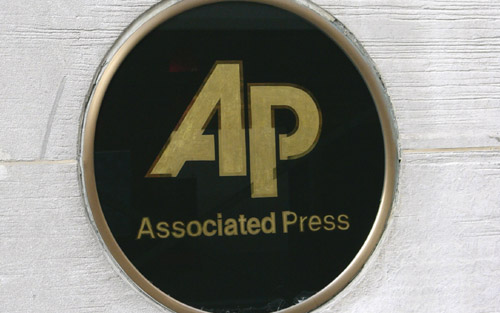 “The media already has a major credibility problem. Its political biases are obvious. But increasingly the media is being directly funded by activist lefty foundations,” Daniel Greenfield wrote for Frontpage Mag on Nov. 25.

In a press release, the AP said:

The Associated Press, through an unprecedented collaboration with Report for America, will bolster its 50-state presence with the addition of 14 statehouse reporters, providing local newsrooms with essential accountability journalism and state government coverage.

Report for America, an initiative of The GroundTruth Project, will help fund the 18-month positions and recruit the journalists, who will begin reporting in June 2020.

The addition of 14 reporters underscores AP’s wide-ranging efforts to address the local news crisis head-on, infusing significant resources at a time when many local newsrooms are forced to make tough decisions about coverage priorities, and when critical decisions — from gerrymandering to gun regulations — are made at the state level.

“Gerrymandering and gun regulations. Issues that lefty activists would, shall we say, be most interested in,” Greenfield wrote. “Note that the AP isn’t touting reporting on local issues for the sake of local issues, but how local issues matter to lefty national agendas.”

Greenfield added that, in its press release, the Associated Press “doesn’t bother to inform readers of who the GroundTruth Project is or where its money is coming from. That would be journalism.”

Here’s where it’s actually coming from: The John S. and James L. Knight Foundation, the Tow Foundation and Craig Newmark Philanthropies have partnered with GroundTruth to support Report for America in its efforts to place 1,000 local reporters in host newsrooms across America over the next five years.

“The money is coming from lefty organizations with political agendas,” Greenfield wrote. “That wouldn’t be news in public radio or television, but it ought to be bigger news that lefty non-profits are literally using one of the biggest brands in news as a literal hand puppet.”

The AP press release said it will also distribute many of the stories produced by other Report for America journalists covering statehouses.

“Then the AP claims that it delivers unbiased news,” Greenfield wrote. “What it intends to deliver is special interest reporting with a political agenda likely meant to tilt outcomes in parts of the country that the corporate media is less interested in because they’re not New York or California. But lefty special interests in New York and California want to rig elections there. Hence, gerrymandering and gun control.”

The new funding stream is a “pervasive problem with the Associated Press’ reporting being compromised through lefty foundation funding,” Greenfield wrote.

“The last time this became a major story was when NPR took funding from a pro-Iran deal group to report on Iran.”