The leader of Islamic State-Khorasan Province (ISIS-K) was killed by an American drone strike, U.S. officials said on Aug. 26. 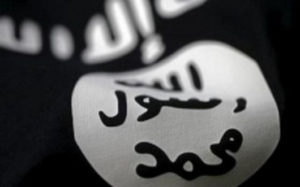 Orakzai is at least the third ISIS-K leader killed in Afghanistan in the past 2 years.

Ten other ISIS fighters were also reported killed in the strike.

“I would also add that the United States unrelentingly continues its counterterrorism efforts against ISIS-K, Al Qaida, and other regional and international terrorist groups,” O’Donnell said in a statement.

Orakzai’s death comes just days after an audio recording of ISIS leader Abu Bakr al-Baghdadi apparently resurfaced in which he called on the terror organization’s jihadists to fight on and purportedly said “America is going through the worse time in its entire existence.”

He added that Russia was competing with the U.S. for regional influence and clout.