The mother of a 13-year-old is suing the Los Angeles Unified School District after saying that her son, without her consent, was coerced into receiving the Covid vaccination on school grounds. 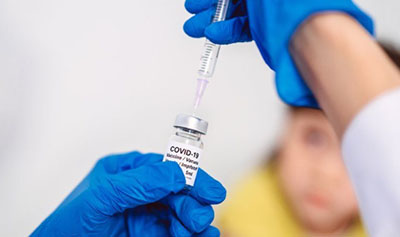 According to the lawsuit filed by Maribel Duarte, the child was asked to forge his mother’s signature to receive the vaccine at Barack Obama Preparation Academy in South Los Angeles. He was also offered pizza as a reward for getting the jab, Duarte said.

Duarte said her son is now suffering from side effects from the vaccine.

“He is not the same anymore. He is lacking rest. He doesn’t sleep well. He’s not normal to me,” Duarte stated at a news conference on Wednesday.

Duarte said that she has received the Covid vaccine herself but did not want her son to get the jab since “he has problems with asthma and allergy problems.”

According to KTLA, a local news station, the 13-year-old boy suffers from asthma and a bleeding disorder and the child’s doctor advised against receiving the Covid shot.

“It hurt to know he got a shot without my permission, without knowing and without signing any papers for him to get the shot,” Duarte said.

Speaking with Fox News’s Tucker Carlson, Duarte claimed her son told her that “the lady that was giving him the shot was the one that told him to put his name on the paper and to sign my name.”

The school district initiated a vaccine mandate for in-person students over the age of 12 last year.

Lawsuit: LA school got 13-year-old to forge mother’s signature for vaccine added by Editor Two on July 28, 2022
View all posts by Editor Two →