A public-interest law firm is demanding access to Pennsylvania voter data after finding that more than 100,000 non-citizens are registered to vote in the state.

The Public Interest Legal Foundation (PILF), which focuses on election integrity filed a lawsuit on Nov. 5. 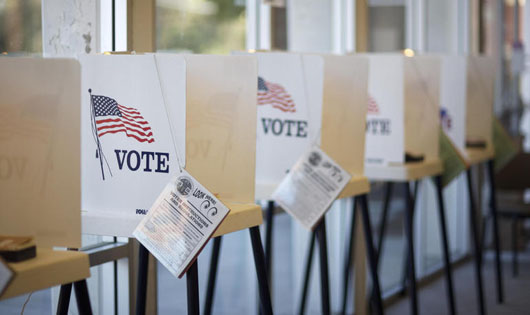 PILF said testimony given by Philadelphia Commissioner Al Schmidt revealed a glitch in the state motor vehicle bureau’s systems that prompted non-citizens to register to vote, The Washington Times reported.

Adams said Pennsylvania has admitted to a “glitch” dating back to the 1990s that had allowed non-citizens applying to renew driver’s licenses to be offered the chance to register to vote.

PILF said it did manage to obtain data from some counties.

In one case from the data it did obtain, PILF found that Felipe Rojas-Orta, canceled his registration last year, filing a handwritten note saying he was not a citizen. He had, however, registered as a Democrat and voted in three separate elections, including most recently 2016.

In documents filed in court, PILF also noted that a woman had her registration canceled in 2006 as a non-citizen, yet re-registered to vote twice – and cast ballots in some elections. That woman, a registered Democrat, is still active in the system.

In another case, a woman who voted in 2008 and 2012 had her registration canceled in 2014 because she wasn’t a citizen. She then re-registered and voted in 2016, according to documents filed in court. She was registered as a Democrat.

In its lawsuit, PILF said Pennsylvania officials repeatedly refused their requests under the law and would only let PILF look at records related to voters stripped from the rolls because of death or change of residence.

In the past, PILF released reports detailing more than 1,000 non-citizens registered to vote in New Jersey and more than 5,500 registered in Virginia. Roughly a third of those from Virginia actually cast ballots, PILF said.

Meanwhile, a Kansas case on whether a state can demand a birth certificate for citizens to register to vote has reached the federal appeals court level and could eventually reach the Supreme Court.

The case before the 10th Circuit Court of Appeals in Denver centers on a 2011 Kansas law, the Documentary Proof of Citizenship (DPOC). In June, District Court Judge Julia A. Robinson said the Kansas legislation violated federal law and the 14th Amendment guarantee to equal protection.

The law, which requires proof of U.S. citizenship to register to vote, is supported by Kansas Secretary of State Kris Kobach, a Republican who is currently running for governor. Kobach’s primary battle was so close the state attorney general cited it in a brief to the 10th Circuit as a race that could be influenced by the votes of non-citizens.

“This case should end up at the Supreme Court if the 10th Circuit doesn’t overturn the district court opinion,” said Hans von Spakovsky, a lawyer and Heritage Foundation election law analyst. “The opinion is wrong on both the law and the facts. There is no violation of federal law simply because Kansas is trying to verify the citizenship of registered voters.”