Joe Biden’s “sanctuary country” policy is allowing illegals who have committed heinous crimes, including child rapists, to walk free in the United States, according to a lawsuit filed by several Texas sheriffs and a federal police group against the Biden administration.

Former Kansas Secretary of State Kris Kobach is representing a group of Texas sheriffs and the Immigration and Customs Enforcement (ICE) Division of the Federal Police Foundation in a lawsuit filed last week against the Biden administration for its prevention of ICE agents from arresting and deporting illegals unless they have been recently convicted of an aggravated felony, are terrorists, or are known gang members. 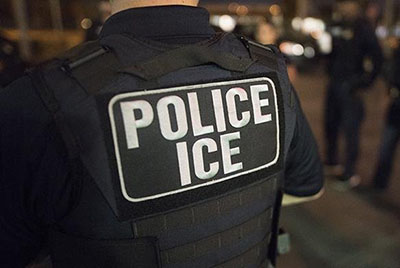 Kobach told KWBW Radio that Team Biden is effectively requiring ICE agents “to start breaking federal law and the sheriffs are suffering because that has fueled the crisis down and along the border in south Texas.”

“The illegal aliens that the Biden policy is not allowing ICE to take custody of, there are serious criminals among them. Our sheriffs have filed a legal complaint asserting that among the crimes committed by these illegal aliens who are now being allowed to walk on the street [are] rape of a child, aggravated sexual assault of a child, aggravated assault with a deadly weapon, larceny, burglary, domestic violence, carrying a prohibited weapon … DUI and the list goes on,” Kobach said.

Biden’s executive orders on immigration, Kobach said, “achieve the abolition of ICE without actually abolishing it” by ordering ICE agents “to do nothing.”

In the lawsuit, the Texas sheriffs allege that they are being forced to release criminal illegals back into American communities because ICE agents are unable to take over custody.

The lawsuit states that “sheriffs and Texas counties have experienced a dramatic increase in the influx of illegal aliens and in criminal activity by illegal aliens resulting from the implementation of the unlawful and unconstitutional February 18 Memorandum and the related stand down of federal immigration enforcement.”

ICE officers, the lawsuit says, “are no longer permitted to take custody of most of the inmates” in the sheriffs’ jails “who previously would have been transferred to ICE as a result of the ‘287(g)’ agreements between those counties and ICE.”

ICE officers are, contrary to federal statute, “no longer permitted to remove dangerous illegal aliens who present a criminal threat because those aliens do not fall into the very narrow categories of ‘cases that are presumed to be priorities’ under the February 18 Memorandum,” the lawsuit states.

Florida Attorney General Ashley Moody has also filed a lawsuit seeking a preliminary injunction against the Biden orders, recently filing an appeal in the Eleventh Circuit after a federal judge denied her request.