Several major advertisers have suspended their ad campaigns on Twitter after discovering that their ads were being displayed alongside Tweets soliciting child pornography, reports say.

Reuters reported that advertisers Dyson, Mazda, and Ecolab have already suspended or pulled ads or campaigns. 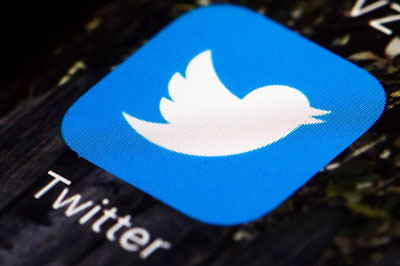 At least 30 other brands, including Disney, Comcast, NBCUniversal, and Coca-Cola have been featured on Twitter profiles that push links to material that is sexually exploitative of children, the report said, citing an investigation by cybersecurity group Ghost Data.

Ghost Data, over a 20-day period this month, identified more than 500 Twitter accounts that it says openly solicited or shared child pornography on the platform. Twitter failed to remove more than 70% of the material.

“Some tweets include key words related to ‘rape’ and ‘teens,’ and appeared alongside promoted tweets from corporate advertisers,” the Reuters report said, adding “In one example, a promoted tweet for shoe and accessories brand Cole Haan appeared next to a tweet in which a user said they were ‘trading teen/child’ content.”

Cole Haan brand president David Maddocks told Reuters that the company is “horrified” at this revelation, adding “Either Twitter is going to fix this, or we’ll fix it by any means we can, which includes not buying Twitter ads.”

In a Monday tweet, Ghost Data founder Andrew Stroppa revealed that his research found that Twitter “has a severe problem with child pornography.”

Eliza Bleu, a contributor to Human Events who is a survivor of human trafficking, has drawn public attention to what she says is Twitter’s repeated mishandling of child sexual abuse material posted on the platform. She says that if advertisers have any compassion for children or other vulnerable populations, they should pull their ads from Twitter immediately.

“Twitter could have dealt with their child sexual abuse material problem at scale long ago. Instead, they chose to put the censorship of words over removing human rights violations committed against children. The initial child sexual abuse is not Twitter’s fault. The failure to remove it at scale and in a timely fashion is,” said Bleu.

“If advertisers truly care about vulnerable populations they will remove their advertisements from Twitter at once. It’s time to hit Twitter where it hurts. This is the only language abusers understand,” Bleu added.