Those are the newest marching orders delivered by the woke mob. 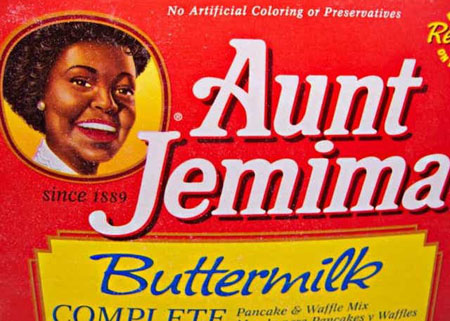 Quaker Foods has received the orders loud and clear and is obeying. The company behind the “Aunt Jemima” brand of syrup and other breakfast foods says it will rename the line of products and discontinue the image of a black woman on the label. Aunt Jemima has been featured on these products for 130 years.

As the ultra-woke NBC reported on the demise of the fictional food label character: “The picture has changed over time, and in recent years Quaker removed the ‘mammy’ kerchief from the character to blunt growing criticism that the brand perpetuated a racist stereotype that dated to the days of slavery. But Quaker, a subsidiary of PepsiCo, said removing the image and name is part of an effort by the company ‘to make progress toward racial equality.’ ”

Kristin Kroepfl, vice president and chief marketing officer of Quaker Foods North America, said in a press release: “We recognize Aunt Jemima’s origins are based on a racial stereotype. As we work to make progress toward racial equality through several initiatives, we also must take a hard look at our portfolio of brands and ensure they reflect our values and meet our consumers’ expectations.”

As an example of “consumers’ expectations,” NBC quoted Riché Richardson, an associate professor at Cornell University, who said Aunt Jemima is “a retrograde image of black womanhood on store shelves. It’s an image that harkens back to the antebellum plantation … Aunt Jemima is that kind of stereotype is premised on this idea of Black inferiority and otherness. It is urgent to expunge our public spaces of a lot of these symbols that for some people are triggering and represent terror and abuse.”

Quaker also announced it will donate at least $5 million over the next five years “to create meaningful, ongoing support and engagement in the Black community.” 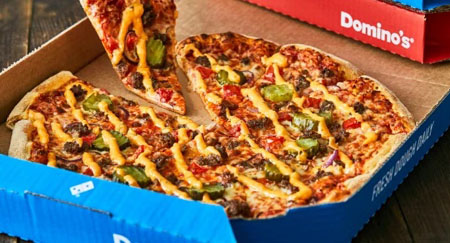 Rick Wilson, leader of the anti-Trump Lincoln Project, said Domino’s should be “canceled” for thanking White House Press Secretary Kayleigh McEnany for a compliment she made about the pizza chain — more than seven years ago.

“FUN FACT: @dominos is wayyyy better than any NYC pizza,” McEnany said in the Nov. 8, 2012 tweet, years before joining the Trump campaign. Trump had not even announced his intentions of running for president until June 2015.

“You just killed your brand,” Wilson said on social media Monday, digging up the 2012 tweet which showed Dominos thanking McEnany for the compliment.

Dominos Pizza responded to Wilson, tweeting: “Welp. It’s unfortunate that thanking a customer for a compliment back in 2012 would be viewed as political. Guess that’s 2020 for ya.”

While Wilson was demonizing Dominos for a tweet from 2012, others decided to take a closer look at Wilson’s own old social media posts. They discovered Instagram photos depicting what appears to be a cooler emblazoned with the Confederate flag and the words “The South will rise again”.

Donald Trump Jr. said of the discovery: “Don’t worry @dominos, it turns out that the only brand cancelled today is the brand of Rick ‘The South will rise again’ Wilson.”

Following the cancellations of “Cops” and “Live PD,” Rolling Stone published a piece with the headline, “Sorry, Olivia Benson Is Canceled Too,” referring to the NYPD detective who has been played for 21 seasons by Mariska Hargitay.

Rolling Stone writer EJ Dickson proclaimed: “Olivia Benson won’t change, not fundamentally, because nobody wants Olivia Benson to change. We’re probably not going to see her making an effort to hire more police officers of color. We’re probably not going to see George Floyd incorporated into plotlines in anything but a cursory, ripped-from-the-headlines way.”

Dickson suggested that the desire to see Capt. Benson as nothing but a “hero” is itself a problem and that in order for the system to change, everything needs a reset, including beloved fictional TV characters.

“The truth is that, if you agree that the system is broken and great changes need to be made on all levels to fix it, you can’t pick and choose what needs to be changed,” Dickson wrote.

Dickson added in oh-so-woke condescending fashion: “No matter how much you love Olivia Benson, you have to be willing to grapple with the fact that she plays a major role in perpetuating the idea that cops are inherently trustworthy and heroic, and that many viewers are unable to distinguish between the gossamer fantasy of how justice should be handled, and how it actually is.”

Dickson continued, “If cops are canceled, that means all cops are canceled, up to and including the strong and pretty ones we like to watch break down pedophiles in interrogation rooms. Revolution can’t be built on the backs of the exceptions, and those who perpetuate toxic systems can’t be deemed immune to critique just because we like them. It’s the simplest equation there is: if all cops are bastards, and Olivia Benson is a cop, that means she’s — kind of — a bastard.”

The woke mob’s criticism of so-called “copaganda” is that television shows and movies paint police in a positive light rather than a realistic depiction of law enforcement.

The Washington Post even went so far as to call on Hollywood to stop all production of police-inspired TV shows and films.