Kayleigh McEnany: Twitter officials ‘have me at gunpoint’ over Biden story 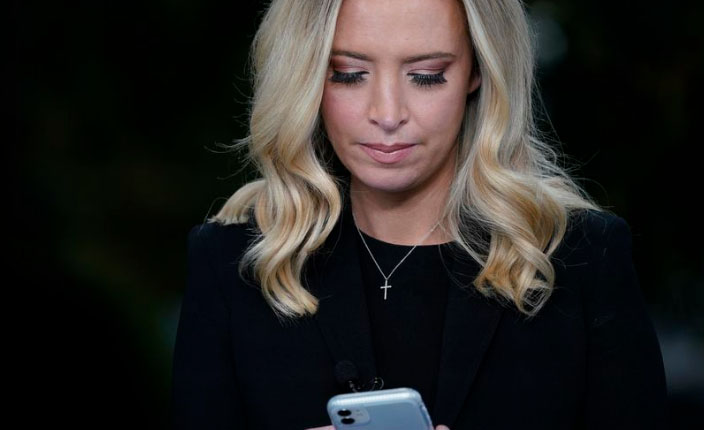 Update: White House Press Secretary Kayleigh McEnany told “Hannity” Wednesday that Twitter‘s administrators “essentially have me at gunpoint” and won’t allow her to access to her personal account until she deletes a link to the explosive New York Post report on Hunter Biden that she shared with her one million followers earlier Wednesday.

“It’s not a temporary blockage,” McEnany told host Sean Hannity. “When I log on to my Twitter account,  it says I’m permanently banned. They essentially have me at gunpoint and said unless you delete this story, a news story by the New York Post, I cannot regain access to my account.”

Twitter has locked the account of White House Press Secretary Kayleigh McEnany because she shared a story about Hunter Biden and Ukraine.

Kayleigh McEnany: Twitter officials ‘have me at gunpoint’ over Biden story