A Dallas jury has ruled against a father who was seeking to stop his ex-wife from starting their 7-year-old son on the drugs necessary for gender transition. 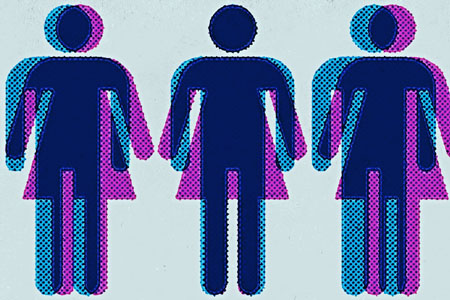 The jury decided the boy’s mother, Dr. Anne Georgulas, a pediatrician, has full authority to continue to “transition” James, who is being renamed “Luna,” according to a report by LifeSiteNews.

Related: Take a look at the forces actually calling the shots in the Democratic primary, October 18, 2019

In 2018, Georgulas threatened Younger with a child abuse charge and sought to terminate the father’s parental rights because he would not affirm their son is a transgender child. Younger said that James dresses and behaves as a boy when the father and son are together.

Georgulas also wanted Younger to pay for their son’s counseling with a therapist who will affirm his transgender identity and his need for transgender hormonal treatments, which may begin at age eight.

Georgulas had diagnosed James with “gender dysphoria,” a psychological disorder that is characterized by a child’s “persistent, consistent, and insistent” assertion of “their cross-gender statements and behaviors.”

The court prohibited Younger from dressing James as a boy or from sharing faith-based or biologically-based scientific teachings on sexuality, even though family friends who have observed James when he is in his father’s care reportedly affirm he dresses and behaves as a boy by his own choosing, the LifeSiteNews report said.

Georgulas has reportedly said James began to imitate female characters from Disney’s Frozen. He asked for a girls’ toy at McDonald’s and asked to wear dresses.

The mother reportedly said she contacted the GENecis clinic at Children’s Hospital Center. She was then referred to Rebekka Ouer for counseling, who recommended a process of “affirmation” and thought that a “social transition” for James should begin with the young child going to school dressed as a girl named “Luna.”

Judge Kim Cooks is expected to read her ruling on possession, child support, and other issues on Oct. 23.