Team Biden chose Martin Luther King Jr. Day to trot out its 79-year-old figurehead to declare that new state laws requiring voter ID or banning mass mailing of absentee ballots are an “assault on our freedom to vote,” especially the freedom for minority Americans to vote.

The polls tell a much different story. 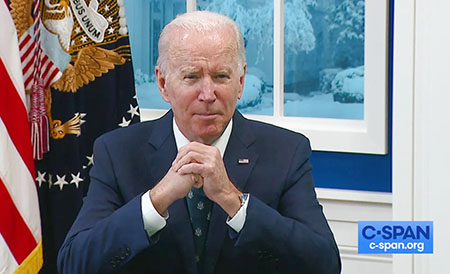 Far from the Jim Crow 2.0 mantra being pushed by Team Biden, black voters overwhelmingly support voter ID, according to a new poll out of Michigan. Three-quarters of the battleground state voters supported ballot ID requirements, with black voters expressing the highest support at 79 percent, Just the News reported on Jan. 17.

The Michigan poll confirms what recent national polls have shown.

“A recent national survey found that four key election reforms are supported by more than 80 percent of voters,” pollster Scott Rasmussen recently wrote. “These include removing people who have died or moved from voter registration lists; requiring all voters to show photo ID before casting a ballot; wanting all ballots received by Election Day; and, having all voting machines made in the United States.”

“Such public sentiments impose a harsh reality check on Biden’s argument that state voter laws amount to ‘Jim Crow 2.0’ and are disenfranchising poor and minority voters. Most voters don’t see cleaning outdated names from voter roles or requiring IDs to cast ballots as ‘obstacles to the ballot box’ like Biden argued in Monday’s speech,” John Solomon wrote for Just the News.

“It is grotesquely offensive to compare segregated lunch counters, attack dogs, firehoses, and Bull Connor to showing a photo ID to vote,” King said. “Simply proving you are who you say you are to cast a ballot is fundamental to election security.”