Ivy League professor: Elderly are ‘whiter,’ don’t deserve to be in front of line for covid vaccine

Since elderly people tend to be “whiter” they are not as immediately deserving of “additional health benefits,” including the coronavirus vaccine, than “essential workers,” an Ivy League professor said. 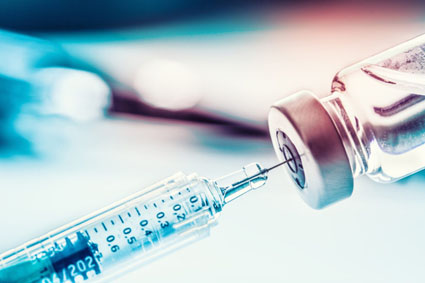 “Older populations are whiter, ” Harald Schmidt, an assistant professor of medical ethics and health policy at the University of Pennsylvania, told The New York Times. “Society is structured in a way that enables them to live longer. Instead of giving additional health benefits to those who already had more of them, we can start to level the playing field a bit.”

Schmidt argued that “it is reasonable to put essential workers ahead of older adults, given their risks, and that [workers] are disproportionately minorities.”

CDC Director Dr. Robert Redfield has said he believes vaccine priority should be given to people 70 and older who live with children or grandchildren.

In a follow-up tweet to his previous comments, Schmidt argued that it was easier for elderly populations to self-isolate than essential workers, who may have no choice but to interact with the public through their jobs.

The remarks drew backlash, with one Twitter user responding: “I cannot fathom how someone could have your opinion. … It has always been about protecting the old.”

Another chimed in: “Vaccines should go to those who are most at risk of dying from it, and that by far is a function of age. good to know racism alive in the academy.”

“So the elderly aren’t just nonessential; they are actually quite expendable,” another tweeted. ‘They’ve been stuck in their homes for 9 months because they are ‘vulnerable’ but the healthy 25-year-old liquor store associate needs the vax first.”

This is what happens when “science” and the racial identitarianism of the modern intellectual Left collide. “Historically,” says the Times, the committees tasked with deciding this sort of thing relied on “scientific evidence to inform its decisions.” Nowadays, members are “weighing social justice concerns as well.” It would be merely obscene if ethics professors were theorizing about saving — or, rather, not saving — lives based on race. How long before half-baked social science is being used by technocrats in positions of power and influence to ration medical care?

Information on the coronavirus vaccine distribution plan can be found here

‘ don’t deserve to be in front of line for covid vaccine, coronavirus, Ivy League professor: Elderly are ‘whiter, WorldTribune.com