Israel dispatched fighter jets and a combat helicopter to carry out an attack on a Hamas military camp in the northern Gaza Strip on Jan. 7, the Israel Defense Forces (IDF) said. 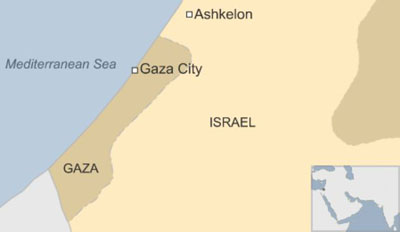 According to the Palestinian Wafa News Agency, there were no casualties from the Israeli strikes, only damage to property.

The IDF said the attack was in retaliation for rocket fire from Gaza towards Israeli territory overnight on Jan. 6.

“Red Alert” sirens were heard shortly after 3 a.m. in the city of Ashkelon and the Hof Ashkelon Regional Council, Arutz Sheva reported.

The IDF Spokesperson’s Unit said the rocket launch from Gaza was identified and intercepted by the Iron Dome missile defense system.

“The IDF considers the terrorist organization Hamas responsible for everything happening inside and outside of the Gaza Strip. The IDF will continue to defend the citizens of the State of Israel and is determined to act against any terrorist act from the Gaza Strip,” said the IDF.

On Jan. 6, the IDF reported that its helicopters opened fire on Hamas posts in Gaza in retaliation for the launching of balloon bombs into Israeli territory earlier in the day.

Hamas terrorists operating out of Gaza launched the balloon bombs into Israeli territory using a model airplane, which carried the makeshift explosive device attached to balloons into Israeli airspace, the IDF said.