LGBTQ advocates are reportedly on the fence over whether Apple should build a corporate hub in North Carolina. 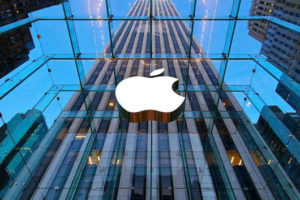 Apple is said to be close to deciding on the project, to be built in the Raleigh-Durham area, which could create up to 10,000 jobs, a North Carolina economic development official told The Associated Press.

“Apple has an opportunity to lead by locating and investing in places that fully protect LGBTQ people. North Carolina is not one of those places,” said Kate Oakley of the Human Rights Campaign, the nation’s largest LGBT civil rights organization which gives Apple its highest corporate equality rating.

Apple CEO Tim Cook came out in 2014 and was lauded by the Human Rights Campaign as the first openly gay chief executive of a Fortune 500 company.

“We see Apple as a top company in our country that has been honestly in the front lines of protecting LGBTQ employees. They have a track record of doing that for decades,” said Rev. Jasmine Beach-Ferrara, director of the Campaign for Southern Equality. “As they look at the prospect of locating operations here, our expectation would be that they be as vocal about this issue in North Carolina as they have been in other communities where they’ve had a footprint.”

The Axios news site on May 18 quoted an unnamed activist as saying “North Carolina is one of the most hostile states in the country to LGBTQ people.”

American Airlines CEO Doug Parker, an LGBT rights supporter, was quoted by Axios as saying Apple would have more of an impact on North Carolina than other states where anti-discrimination laws have been enacted.

In March 2017, North Carolina repealed the provision in HB2 legislation that required people to use public restrooms that match their gender at birth, rather than their gender identity. But the state does not allow cities and counties to enact anti-discrimination ordinances.

North Carolina is also said to be one of the finalists for Amazon’s second headquarters.

The Washington Post reported in April that Amazon representatives met with North Carolina Gov. Roy Cooper and spoke with the governor about the HB2 law.