In the three years since it signed a preliminary nuclear deal with world powers, Iran has received more than $10 billion in sanctions relief in the form of cash and gold, a report said.

Large payouts in gold and cash from oil funds unfrozen in numerous countries “represent the kind of financial relief that made Iran’s leaders eager to complete the international nuclear accord,” current and former U.S. officials told The Wall Street Journal. 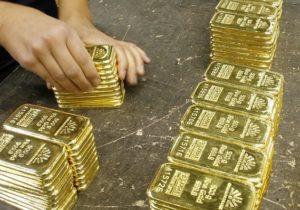 Some U.S. lawmakers and Middle East allies have warned that the shipments of cash and gold likely have been used to fund Iran’s allies in the region, including the Assad regime in Syria, the Hizbullah terrorist group in Lebanon and the Houthi rebels in Yemen.

“Forking over cash and gold to the world’s leading state sponsor of terror is incredibly dangerous,” said Rep. Ed Royce. The California Republican, chairman of the House Foreign Affairs Committee, has sponsored a House-passed bill to ban such payments.

Iran collected some of the funds amid nuclear negotiations with the U.S. and other world powers. More shipments took place after the final deal went into effect last January, according to the current and former American officials.

The $10 billion in gold and cash Iran already has received does not include the separate $1.7 billion cash payment the Obama administration airlifted to Iran in January 2016.

The White House insists the $1.7 billion payment was to settle a decades-old legal dispute over a failed arms deal. The funds were delivered at the same time Iran released four U.S. citizens imprisoned in the country, leading to speculations that the payment was, in fact, a form of “ransom”.

Obama administration officials told The Wall Street Journal that, unlike the $1.7 billion payment, the U.S. wasn’t directly involved in facilitating the transfer of the $10 billion in cash and gold to Iran.

“If they wanted to convert the oil revenues into cash, they had to do it by themselves,” a senior administration official said. “The U.S. played no direct role.”

The $10 billion of cash and gold was moved through third-party countries in the Middle East and Europe, according to the officials who spoke to the Journal. The process began with countries such as Japan, India and South Korea unfreezing Iranian oil revenues held in international bank accounts, then wiring the funds to banks in Oman and United Arab Emirates, and at times to institutions in Switzerland and Turkey, the officials said.

The money then was converted to currency and bars of gold, the officials told the newspaper. The only restriction the White House put on the transactions was that the cash couldn’t include U.S. dollars.

The White House signed a series of legal waivers authorizing countries to unfreeze Iranian oil revenues. “Without the waivers, those countries in many cases would have been in violation of U.S. secondary sanctions,” the officials told the Journal.

U.S. officials estimate that roughly half of the $100 billion Iran is entitled to receive under the final nuclear deal already is committed to debts Teheran has had to pay to other countries, including China.