The Pentagon’s acting inspector general has initiated a formal investigation into allegations of sweetheart political deals  by the new head of a legendary independent think tank that served as a “Team B” to the military bureaucracy.

The director of the Defense Department’s Office of Net Assessment retaliated against an ONA whistleblower who warned the agency was “rigging” contracts to outside consultants, a report said. 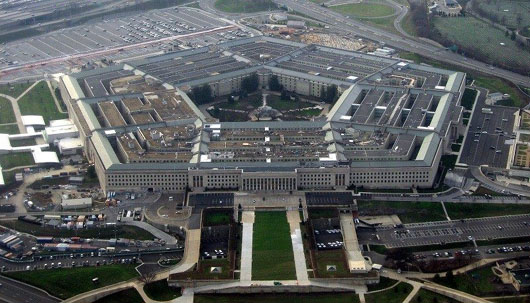 ONA is a highly-classified think tank housed within the office of the Secretary of Defense.

Lovinger had “warned about potential sweetheart deals to politically-connected outside contractors, including one with a woman Chelsea Clinton has referred to as her ‘best friend,’ ” the report said.

Lovinger, a GS-15 attorney and strategic foreign affairs analyst, served at ONA for 12 years and each year received the highest possible “E” rating in his performance review. The “E” means “exceptional” performance.

Fine is investigating Baker’s actions under Presidential Policy Directive-19, an October 2012 directive which “prohibits retaliation against employees for reporting waste, fraud, and abuse.”

Baker is an Obama administration holdover who was appointed by Defense Secretary Ash Carter in May 2015.

Baker took over for Andrew Marshall, who was referred to by some as “Yoda”. Marshall retired at age 93 after heading up the ONA since 1973. Marshall was a legend in the eyes of his admirers who ranged from pro-U.S. hawks to military academics in the People’s Republic of China.

Marshall also had critics on both the left and the right.

“The only way in which Andy Marshall resembles Yoda is that he is old. Marshall is not a cipher and, once one understands his views, I think one would conclude that he wasn’t particularly wise,” Jeffrey Lewis, director of the East Asia Nonproliferation Program for the James Martin Center for Nonproliferation Studies at the Middlebury Institute of International Studies at Monterey, wrote for Foreign Policy.

Lovinger alleges it was Marshall who initially authorized many of the “sweetheart deals” with outside contractors.

According to the Daily Caller’s report, Lovinger specifically protested $11.2 million in ONA contracts awarded over a decade to the Long Term Strategic Group (LTSG), a company owned by Jacqueline Newmyer, a childhood friend of Chelsea Clinton.

Lovinger’s attorney, Sean M. Bigley, accused Baker of continuing the LTSG contract in the hopes it might help him in a Clinton presidency.

“We submit that Baker’s interest was his awareness of the LTSG-Clinton connection; his presumptive desire to exploit that to his advantage in the event of a Clinton election win; and the fact that contractors like LTSG served as a lucrative landing pad for ONA retirees,” Bigley said in a Sept. 13 letter to Rear Adm. Kevin Sweeney, the chief of staff for Defense Secretary James Mattis.

Perle called Baker, “a shallow and manipulative character that should have gone with the change in administration.”

“He is a highly respected analyst across the board,” Kemp told the Daily Caller referring to Lovinger. “The way he has been treated is deeply troubling.”

After receiving the “exceptional” performance ratings throughout his career at ONA, Lovinger was rated poorly by Baker in 2017. That rating came after Lovinger had raised issues about the ONA’s reliance on outside contractors, including LTSG.

Robert Reilly, who served for 25 years in the national security field, including as a senior advisor to Secretary Donald Rumsfeld and as a White House special assistant to Reagan, told the Daily Caller, “I’m very familiar with the use of investigations to politically destroy people.”

“That they would yank a top security clearance on what seemed to be unsubstantial grounds is shocking,” Reilly said.