In signing an executive order declaring a citywide state of emergency to address the coronavirus, the mayor of Champaign, Illinois also gave herself the power to ban the sale of firearms. 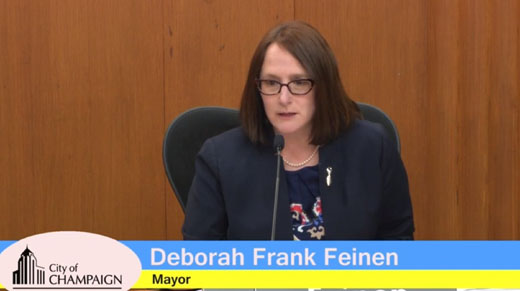 Meanwhile, New York City’s socialist Democrat mayor on Saturday suggested the coronavirus could be justification for nationalizing “crucial industries” in the United States.

Mayor Deborah Frank Feinen signed the executive order on Thursday. The order “comes with extraordinary powers for the mayor to enact over a short period of time as the city combats the spread of the coronavirus,” the Washington Examiner reported.

Among the powers Feinen gained herself is the power to ban the sale of guns, ammunition, alcohol, and gasoline. Feinen could also cut off access to individuals’ gas, water, or electricity. The city also has the ability to “take possession of private property” or order the temporary closing of all bars or liquor stores.

Jeff Hamilton, the city’s manager, told WAND, “The executive order allows the city to be flexible to properly respond to the emergency needs of our community. None of the options will necessarily be implemented but are available in order to protect the welfare and safety of our community if needed.”

The Champaign City Council on Friday held a meeting to address concerns about the mayor’s order. Deputy Mayor Tom Bruno noted that each ordinance considered under the executive order would be ratified by the council. The city also released a statement claiming that the council and the mayor would only take steps “necessary to ensure the health, safety, and welfare” of the city.

Mayor Bill de Blasio told MSNBC’s Joy Reid that the federal government needs to assure that there is a steady supply of hand sanitizer and ventilators for people who’ve contracted the virus.

“Here’s the reality: This is a war-like situation,” de Blasio said. “We’re in a wartime scenario with a Mar-a-Lago attitude being used by the federal government.”

De Blasio added: “This is a case for a nationalization of crucial factories and industries that could produce the medical supplies to prepare this country for what we need. People are going crazy trying to get hand sanitizer.”

Industries responsible for providing medical supplies like ventilators should be brought under the yoke of the federal government, de Blasio said, adding that New York state officials are taking a similar position to help provide citizens with sanitizer.

“We’ll be providing this to governmental agencies, schools, the MTA, prisons, etc., because you can’t get it on the market, and when you get it it’s very, very expensive,” New York Gov. Andrew Cuomo said at a March 9 press conference.