HUD still funding left-wing groups after all these years

The Trump administration, via an Obama-era housing program, is sending millions in taxpayers’ dollars to groups which advocate open borders and help organize pro-illegal immigration marches across the United States, a government watchdog group said. 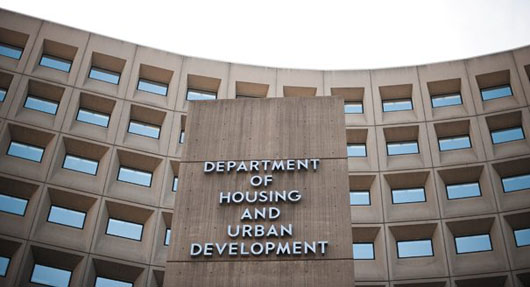 This month, the department of Housing and Urban Development (HUD) announced more than $60 million in grants for Choice Neighborhoods, a program launched by the Obama administration in 2010 which aims to transform slums into desirable middle-class neighborhoods.

According to a Judicial Watch report, among the recipients of U.S. taxpayer money is the National Council of La Raza (NCLR), which recently changed its name to UNIDOS US.

Other groups getting cash include the Refugee Family Assistance Program ($32,000) and the Center for New York City Neighborhoods ($16,000), which lists the Mutual Housing Association of New York (an Association of Community Organizations for Reform Now – ACORN – offshoot) as a partner. “The center’s board chair, Herbert Sturz, is a senior adviser to the Open Society Foundations, the deeply politicized groups billionaire George Soros uses to promote his radical leftist agenda worldwide,” Judicial Watch said.

Shortly before getting its money, the D.C.-based National Fair Housing Alliance (NFHA) slammed the president over a policy known as Deferred Action for Childhood Arrivals (DACA) that shields nearly 800,000 illegal aliens under the age of 31 from deportation and lets them obtain work permits and drivers’ licenses.

“An administration that continues funding leftist housing programs carried out by groups hostile to the president makes you wonder if Trump knows what’s going on under his nose?” Judicial Watch said.

HUD “has been embroiled in a multitude of serious scandals – under both Democrat and Republican administrations – over the years involving leadership, low-level employees and field directors,” Judicial Watch noted.

“Problems go back to the Ronald Reagan administration, when an influence-peddling scandal led to the conviction of 16 people, including top aides to then HUD Secretary Samuel Pierce. Bill Clinton’s housing secretary, Henry Cisneros, pleaded guilty to lying to the FBI about payments to his former mistress. George W. Bush’s HUD secretary, Alphonso Jackson, was ousted after the feds launched an investigation into his plots to enrich himself and his friends by giving them lucrative government contracts. Obama’s second HUD secretary, Julian Castro, misspent  the agency’s federal funds as mayor of San Antonio.”