PYEONGCHANG ― Now I know firsthand what they’re talking about when they say the Russians are tricky. Yes, they’ve gotten into American and other websites, tried to sway the U.S. presidential election and are not to be trusted, but those were media reports. In an era of fake news, how could anyone be sure?

The evidence came when I really wanted a ticket to the closing ceremonies of the PyeongChang Winter Olympics. At the ticket office outside the Olympic Stadium here, an ever-polite young agent told me they could sell me one for 950,000 won, approximately $900, no less. No way! What could I do?

In a motley crowd swirling around the ticket booths, I scrutinized the faces for signs of anyone likely to offer me one at a steep discount. Over several days here, I was pretty good at spotting the basic black marketeer offering tickets from “a friend” who “wasn’t able to make it.” 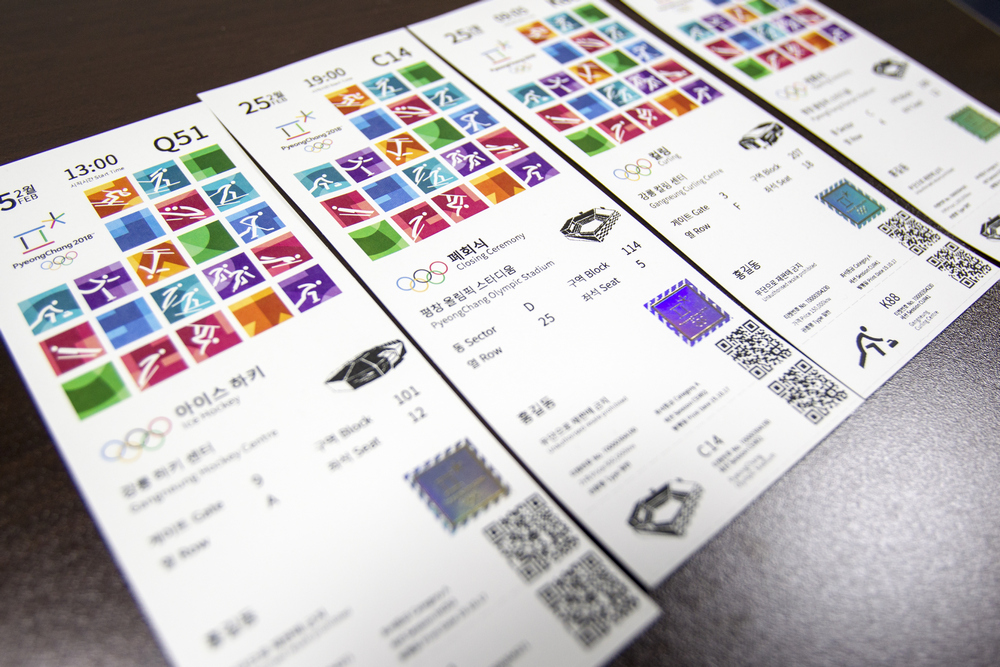 This time, though, the odds of scoring a discount did not seem good. A couple of people who seemed to know what was going on said the police had been after the hucksters and they had mostly disappeared. I was prepared to watch the closing ceremonies as I had the opening, in a crowded chicken-and-pizza joint not far from the stadium with a TV high on a wall for everyone to catch a glimpse.

But hope springs eternal. Who was that guy with a tough-looking expression who didn’t seem to be going anywhere? “You from Russia,” I asked. Yes, he was. “Got a ticket for tonight?” He eyed me suspiciously. “No, police, cannot do.”

That answer did not seem convincing. “Okay, show me a ticket,” I countered. He moved away, toward the edge of the crowd. “Where’s the ticket,” I asked. He looked left, right, eyes narrowing. “Nothing,” he answered. Oh, please, was he serious? “Here’s 50,000 won for you,” I offered. “No, cannot.” I flashed the note in front of him. “It’s yours,” I said. “Show me a ticket.”

Furtively, he pulled one from his pocket. “Two hundred thousand won,” he said, low-voiced, looking left and right, front and back. “Oh c’mon, it’s ten of eight,” I told him. “The show is about to start.” I asked to see it, assuring him I wasn’t running away. “You’d catch me,” I told him. He smiled.

I thrust the two 50,000-won notes in his meaty hand, kept the ticket in my pocket and began walking. He shrugged, not following, looking stolidly ahead. Another customer was after him. The ceremony was about to begin. If he didn’t unload what he had, he’d be stuck with useless pieces of paper. I found my 600,000 won seat on the second level as the athletes were entering the stadium, about to circle exuberantly in front of the cheering crowd.

The Russians weren’t the only black marketeers. Their rivals were mainly Brits from Manchester and Liverpool. They and the Russians were outside all the ticket booths here and in Gangneung, the scene of the ice events, hockey, figure skating, speed skating and curling.

These Russians were organized. They worked in teams. If one didn’t have a ticket, another might. I don’t know where or how they got them, why they could offer them at discount, who was masterminding the operation, who was profiting ― all at the risk of getting stuck with unsold tickets while avoiding the cops.

I wondered, though, were these black marketeers in the same mafia-like network as the mysterious Russians who’ve been infiltrating sites and systems, messing up the International Olympic Committee, in revenge for the Russian team getting banned for profligate drug abuse?

All I knew was the Russians were smart and tough, to a point. They didn’t seem to be robbing people. The tickets they were selling were legit, not counterfeit, and they knew to disappear if a crackdown was imminent.

On a larger scale, it was easy to imagine the same bunch spreading false reports, spying on records, screwing up elections, upsetting enemies, earning fortunes. Haggling with Russian black marketeers, I picked up one valuable lesson from these Winter Olympics.

Donald Kirk, How I got into the closing ceremonies at the PyeongChang Winter Games, PyeongChang, Winter Olympics, WorldTribune.com

Internet is forever: BLM tries to but can't erase what it really stands for
Read more