How much has election integrity actually advanced in the U.S. since the 2020 vote?

Not a whole lot, say voters and observers of primary elections — including those held on Tuesday — ahead of the November 2022 midterms. 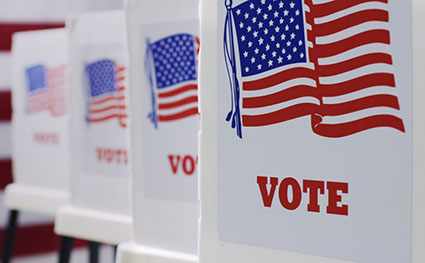 In Pennsylvania, where Republicans Mehmet Oz and David McCormick are expected to proceed to a recount in their too-close-to-call Senate race, it was reported that a mistake in the printing of mail-in ballots made some 21,000 of the ballots unreadable by vote counting machines.

The problem was discovered in Lancaster County, where officials said all ballots will be counted — eventually.

“Citizens deserve to have accurate results from elections and they deserve to have them on election night, not days later,” Josh Parsons, vice chair of the county board of commissioners, said at a news conference. “But because of this, we’re not going to have final election results from these mail ballots for probably several days, so that is very, very frustrating to us.”

Pennsylvania’s handling of mail-in ballots was the subject of much criticism and charges of outright fraud in 2020.

Former President Donald Trump said in a statement following Tuesday’s primary: “Here we go again! In Pennsylvania they are unable to count the Mail-In Ballots. It is a BIG MESS. Our Country should go to paper ballots, with same day voting. Just done in France, zero problems. Get Smart America!!!”

Today, I went to vote for the primary elections here in Pike County, Pennsylvania

1] They do not even ask for your IDs anymore. All they ask is your name.

3] They ask you to sign on the screen. I wounder what they do if our signature did not match the one, they had in file?

4] Finally, we enter our paper ballots in a Dominion scanner ???

5] There is no receipt

They are getting more and more organized to steal elections.

In 2005, the bipartisan Carter Commission issued a report on election integrity which concluded: “The ultimate test of an election system is its ability to withstand intensive public scrutiny during a very close election.”

Margot Cleveland, senior legal correspondent for The Federalist, noted in a May 12 analysis that the “current electoral system fails that test, and every citizen who loves this great country should demand reform.”

“Bloated and inaccurate voter rolls, nonexistent or faulty voter-identification procedures, and a lack of private voting — all issues the bipartisan commission warned threatened elections and our democracy — tainted the last election. Misconduct by partisan election officials, the use of inconsistent procedures in different precincts, and an overall lack of transparency added to the problems in 2020,” Cleveland wrote. “The widespread and chaotic use of mail-in and absentee voting in 2020 proved the bipartisan commission prescient.”

A Telegram post noted that the foes of improved election integrity are now targeting county commissions who have voted to or are considering voting to move away from voting machines to paper ballots.

“The election cartel has begun telegraphing their counter-move to the county commission strategy,” the post said. “Simply declare that a commission that refuses to use highly vulnerable machines in accordance with a higher centralized authority, is acting illegally. The counties cannot fall for this trap. Only they have the power to certify the results in their jurisdiction. To certify an election result, is to declare that the process and final outcome is trustworthy.”

David Clements noted in a Telegram post that there are counties which use machines that don’t even need them.

Clements posted the following sample of 32 counties with less than 1,000 presidential votes from 2020.

“How many of these counties need machines to count votes? None,” Clements wrote.

One state that has moved in the direction of election integrity is Montana.

The state’s top court on May 17 restored election laws that prohibit same-day voter registration and impose voter identification requirements beyond those previously in place, The Epoch Times reported.

Some observers pointed out that it is the swing states which were so problematic in 2020 that will have the same problems in 2022 without voter ID and restricted mail-in ballots.

Meanwhile, “2000 Mules” director Dinesh D’Souza said he believes arrests are coming in True the Vote’s investigation of illegal ballot harvesting which was featured in the documentary.