How affordable is the Affordable Care Act? Only one insurer remains in North Carolina

Just one health insurer, Blue Cross Blue Shield, remains in North Carolina. And its rates are rising by about 25 percent.

“In no other state will as many people find such limited choice. But what is happening to North Carolinians epitomizes a national checkerboard of ACA haves and have-nots,” The Washington Post reported. 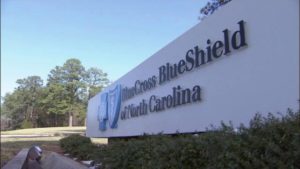 More than 250,000 people in North Carolina will lose the health plans they bought under the Affordable Care Act (ACA) because two of the three insurers dropped out. Open enrollment begins again in November.

Of more than 30,000 people in the Greensboro area who have ACA insurance, 80 percent were relying on United Healthcare or Aetna Health, the insurers pulling out of the marketplace at the end of December, the report said.

“After United and then Aetna announced they were leaving, Blue Cross said it might not stick around either. It had a quarter of a million unexpected customers heading its way, with no clue as to how much medical care they use and too little time to hire and train enough customer service workers,” the Post report said.

Blue Cross announced that it would remain statewide at least for 2017.

“The easy thing to have done would have been to quit,” chief executive Brad Wilson said, adding that Blue Cross is staying at “some reputational risk” and that he hopes customers will be patient with an “extraordinary environment here in our state, where all our competitors decided to flee and we decided to . . . stand in the gap.”

Blue Cross raised 2016 premiums for its marketplace plans by one-third, on average. It sought another 19 percent increase for 2017, then asked for more after Aetna’s decision to leave.

Wilson confirmed that regulators have agreed to the higher amount, an increase averaging about 24 percent — a main reason Blue Cross decided to stay.