At 61 million, Hispanics now are the largest minority group in the nation, according to U.S. Census Bureau data. 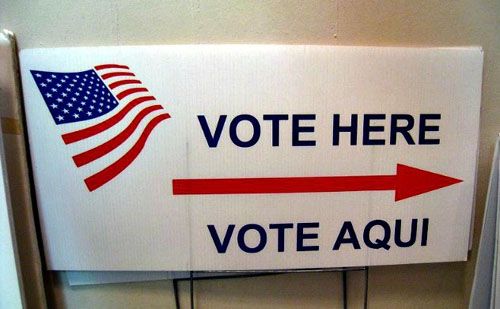 In 2016, Hillary Clinton got 66 percent of the Hispanic vote compared to 28 percent for President Donald Trump.

“Hispanics could be key to the 2020 election, especially as President Trump squeezes the door shut to new legal and illegal immigrants while working to expand employment for legal immigrants,” Washington Examiner columnist Paul Bedard noted on July 8.

Pew Research data show the Latino population has increased some 10 million in nine years, in large part due to the open border policy of President Barack Obama.

“Despite a tightening of immigration from Latin America and a drop in Hispanic births in the country, they also make up the nation’s second-largest racial group, behind whites,” Bedard noted.

Prior the coronavirus outbreak, the White House touted the record-low unemployment for Hispanics.

On July 7, the Trump-Pence campaign targeted the largest Hispanic news network in the U.S., Univision, with a charge that it is biased against the president.

Goya Foods CEO won’t back down from remarks praising Trump

Leftist politicians and celebrities are boycotting Goya, the largest Hispanic-owned food company in the U.S., after its CEO, Robert Unanue, praised Trump during an event Thursday at the White House.

“We’re all truly blessed at the same time to have a leader like President Trump, who is a builder,” said Unanue.

Unanue was among the Hispanic leaders at the White House on Thursday who were on hand as Trump signed an executive order on the White House Hispanic Prosperity Initiative to use more taxpayer support for private and charter schools and “improve access by Hispanic Americans to education and economic opportunities.”

Leftists such as Democrat Rep. Alexandria-Ocasio Cortez of New York, and former Democrat presidential candidate Julian Castro of Texas, and the usual band of woke leftist celebrities, took aim at Goya on social media with hashtags like #BoycottGoya and #GOYAWAY.

Unanue called the pushback against him visiting the White House “suppression of speech.” Unanue said that he was previously invited to the White House for an event hosted by the Obama administration for Hispanic Heritage Month.

“So, you’re allowed to talk good or to praise one president, but you’re not allowed to aid in economic and educational prosperity? And you make a positive comment and all of a sudden, it is not acceptable,” Unanue said.

Unanue said he is not apologizing for his remarks supporting Trump’s economic policy and would not turn down other future invitations.