A wave of Millennials favoring Democratic candidates is set to be unleashed in the 2018 midterm elections, according to a new poll. 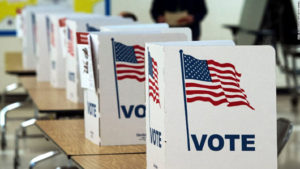 The Harvard University Institute of Politics (IOP) poll of voters age 18-29 showed the majority of respondents said they would probably or definitely be voting and 55 percent favored Democrats, compared to 21 percent for Republicans.

“Millennials and post-Millennials are on the verge of transforming the culture of politics today and setting the tone for the future,” IOP polling director John Della Volpe said. “This is the highest level of interest in voting we have seen in a midterm cycle since we started the poll.”