Having sold more than 565,000 copies in just two weeks, Mark Levin’s “American Marxism” sits atop the New York Times bestseller list and is No. 2 on Amazon.

Levin begins with a wakeup call:

“The counterrevolution to the American Revolution is in full force. And it can no longer be dismissed or ignored, for it is devouring our society and culture, swirling around our everyday lives, and ubiquitous in our politics, schools, media, and entertainment. Once a mostly unrelatable, fringe, and subterranean movement, it is here — and it is everywhere.…

“The counterrevolution or movement of which I speak is Marxism.”

The book has an entire chapter devoted to “Hate America, Inc.”

In it, Levin explains the long history of those who have openly pushed the Marxist agenda in America’s colleges and universities. He writes that the “progressive intellectuals of the late 1800s” were hostile “toward capitalism and the constitutional-republican system that established barriers against tyrannies of various kinds, including that which is born from the mob or centralized autocracy — and, of course, what would become known as progressivism.”

Just prior to the publication of Levin’s book, America had just passed through the traditional July 4 holiday. Levin’s description of the results generated by “Hate America, Inc” was on vivid display. The headline on the July 6 New York Post was nothing if not a confirmation of Levin’s point. It read:

The Post wrote: “Liberal politicians and commentators took special joy in celebrating July 4th by denouncing America. The Statue of Liberty was not a symbol of freedom but a symbol of hypocrisy. The flag was polarizing. The national anthem doesn’t speak for everyone (or anyone).”

“In the end, it is up to you to decide how best to help actively save our republic and what role you will choose…. While this is the end of the book, it is the beginning of a new day.”

An author usually has to sell 3,000 to 5,000 books to be a bestseller. Levin’s publisher, Threshold Editions, was so confident that “American Marxism” would be Levin’s seventh straight New York Times bestseller, they printed up over 1 million copies. 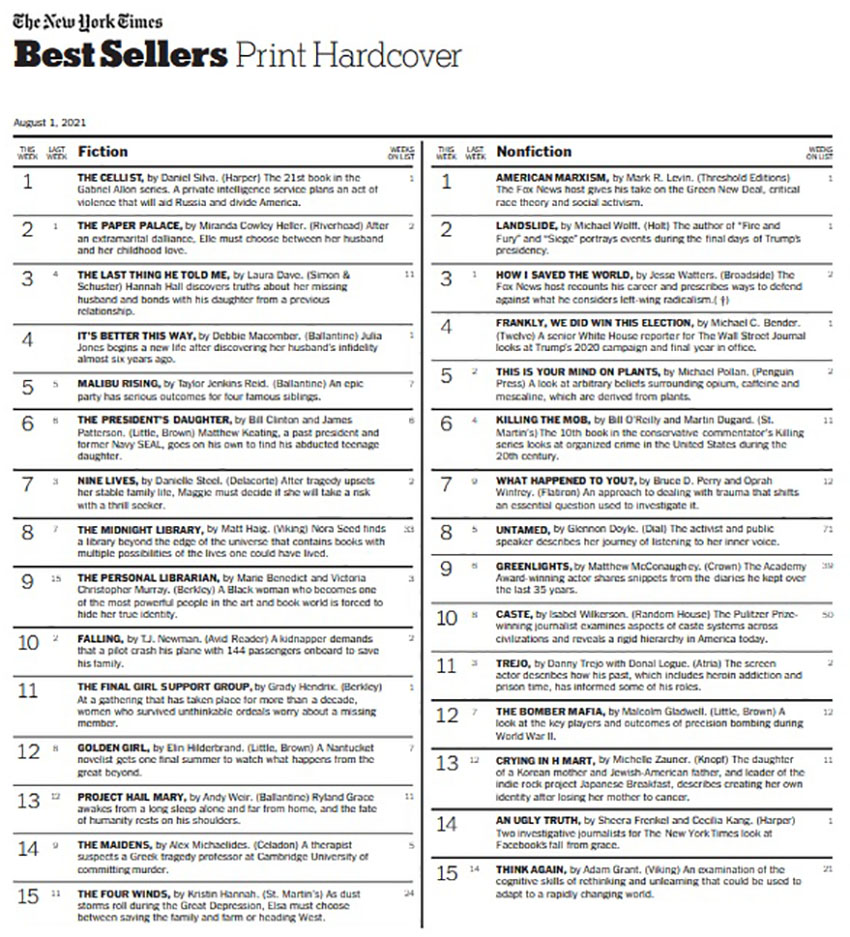