The Left has tried several approaches to overturn President Donald Trump’s election victory, but how far will they ultimately go?

“Almost every aspect of American culture has been weaponized to delegitimize Trump,” columnist Victor Davis Hanson wrote for American Greatness on July 23. 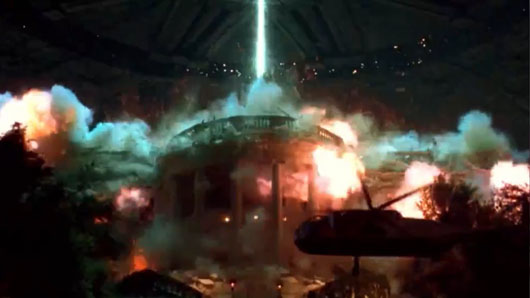 “I fear that we have seen nothing yet.”

Hanson noted that “Massive protests and boycotts marked the inauguration. Then there were articles of impeachment introduced in the House. Some sued to remove Trump on a warped interpretation of the Emoluments Clause of the Constitution. Others brought in psychiatrists to testify that Trump was ill, disabled, or insane and should be removed in accordance with the 25th Amendment.

“The former FBI director, CIA director, and director of the Office of National Intelligence have variously smeared the president as a coward, a traitor, and a Russian mole.”

Leftists have urged the resistance “to go to stores, gas stations, restaurants and confront Trump administration officials, in a sort of Obama-like ‘get in their faces’ or ‘take a gun to a knife fight’ advice to make life miserable for anyone who would dare work for Trump,” Hanson wrote.

“A former Clinton aide has organized adolescent noise-maker rallies near the White House, ostensibly to make so much racket that Trump will not be able to sleep in the presidential bedroom. Restaurants have refused to serve Trump appointees.”

The U.S. economy “is growing at rates that we have not seen in over a decade. Unemployment, especially minority joblessness, is at a historic low. The stock market is at record highs. The United States is now the world’s largest producer of oil, natural gas, and coal. Consumer and business confidence is at a near all-time high,” Hanson noted.

So, “why then the hate, the furor, the sheer mania?”

The Left not only lost what it thought was a sure-thing election, but, Hanson noted, it lost the Congress, the presidency, and the Supreme Court.

“And it lost them all to a rash, uncouth Queens-accented Manhattan billionaire reality TV star, who systematically planned to dismantle eight years of Obama administration executive-orders. And unlike almost all prior politicians Trump when in office kept his promises and systematically went about to halt the supposed progressive future.”

Hanson continued: “The progressive hysteria reveals the lack of an idea. Kill, humiliate, delegitimize Trump is not a sustainable political agenda whether winning a local assembly seat or a liberal majority on the Supreme Court.”

“If the Left was intellectually honest it would run in November on what it now professes are its new core beliefs: the abolition of ICE, the end to all deportations, open borders, expansions of affirmative action, abortion on demand, and identity politics, cancellation of student debt, universal Medicare-like coverage for Americans of all ages, massive tax hikes, more regulations, and less fossil fuel production, and an EU-like socialist-democratic foreign policy.”

The problem, Hanson wrote, “is that the above is probably not a 51 percent winnable program.”

So what is the Left doing?

“For now, they rant, they rave, and they stew, accepting that they cannot do what might save them and therefore they only do more of what is destroying them. Out of that lose-lose dilemma was birthed Trump hatred. Without a persuasive argument, progressives came up with the mantra that Trump is a traitor, and that all they needed to do was to explain to supposedly dense voters that their current economic renaissance was actually jackbooted National Socialism.”

deep state, Hanson on the unhinged Left: ‘I fear that we have seen nothing yet’, liberals, progressives, Trump Derangement Syndrome, WorldTribune.com