Republicans are calling on Joe Biden and Secretary of State Antony Blinken to explain why the U.S. State Department offered grants to programs promoting atheism and “humanism.” 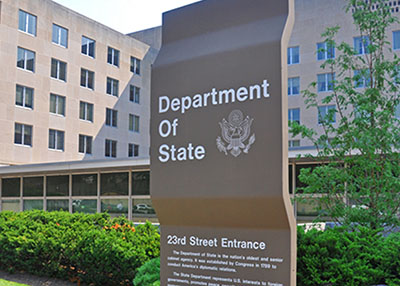 The State Department’s Bureau of Democracy, Human Rights, and Labor announced a funding opportunity last April for projects to “combat discrimination, harassment and abuses against atheist, humanist, non-practicing and non-affiliated individuals of all religious communities by strengthening networks among these communities and providing organizational training and resources.”

Rep. Jim Banks of Indiana wrote in a letter to the Biden administration that was signed by 14 Republican members of Congress that the bureau had “announced a ‘competitive’ process that would award grants of up to $500,000 to organizations committed to the practice and spread of atheism and humanism, namely in South/Central Asia and in the Middle East/North Africa.”

The letter also questions “how such a grant or cooperative agreement program advances the foreign policy interests of the United States” and suggests a different motive.

“Americans rightly discern this as a part of the broader effort on the part of your administration to promote radical, progressive orthodoxy abroad,” the letter said. “Atheism is an integral part of the belief system of Marxism and communism.”

The letter gave other examples of such efforts, including the U.S. Embassy in Germany flying a Black Lives Matter flag and the State Department’s creation of a special representative for racial equity and justice. The letter says this individual’s mission will be to “spread Critical Race Theory and other progressive dogmas worldwide.”

Banks and his colleagues wrote that it “is one thing for the Department to be tolerant and respectful of a wide range of belief systems” and “to encourage governments to respect the religious freedom interests of their citizens. It is quite another for the United States government to work actively to empower atheists, humanists, non-practicing, and non-affiliated in public decision-making. Any such program – for any religiously-identifiable group – in the United States would be unconstitutional.”

“In addition to its constitutionally dubious legal foundation, we also question how such a grant or cooperative agreement program advances the foreign policy interests of the United States,” it continued. “Were such programs known by the citizens of the target countries, we would expect that local populations, interest groups, and governments would bristle at what any ‘objective observer’ would see as ‘covert’ funding from a foreign power designed to shatter local religious and cultural relationships.”