It is impossible to conclude that recent years have been the warmest ever because climate scientists have continually adjusted global surface temperature readings upward, a new study says.

The readings by scientists in recent years “are totally inconsistent with published and credible U.S. and other temperature data,” according to the study published last month by Dr. James P. Wallace III, Dr. Joseph S. D’Aleo, and Dr. Craig D. Idso. 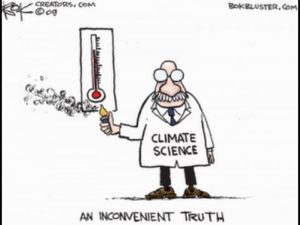 The peer-reviewed study sought to validate current surface temperature datasets managed by NASA, NOAA and the UK’s Met Office, all of which make adjustments to raw thermometer readings, The Daily Caller noted in a July 5 report.

“The conclusive findings of this research are that the three [global average surface temperature] data sets are not a valid representation of reality,” the study found. “In fact, the magnitude of their historical data adjustments, that removed their cyclical temperature patterns, are totally inconsistent with published and credible U.S. and other temperature data.”

Based on these results, the study’s authors claim the science underpinning the Environmental Protection Agency’s (EPA) authority to regulate greenhouse gases “is invalidated.”

“Nearly all of the warming they are now showing are in the adjustments,” D’Aleo, a meteorologist and study co-author, told the Daily Caller. “Each dataset pushed down the 1940s warming and pushed up the current warming.”

The Daily Caller noted that the new study will be included in petitions by conservative groups to the EPA to reconsider the 2009 endangerment finding, which gave the agency its legal authority to regulate carbon dioxide and other greenhouse gases.